I am always amazed at what you learn taking pictures when you do a little research. I shot this aboard the USS Yorktown at Patriots Point in Charleston South Carolina, a great place to visit and shoot. We came across this escalator while roaming around this gigantic Navy Aircraft Carrier and I wondered to myself what on earth would an escalator be doing on a Carrier, surely this was constructed and installed for tourists when this became a museum, but I was wrong.

Two Seven-Alpha or SCB-27 was the Navy designation for upgrades to several Essex class Aircraft Carriers. These modifications were intended to allow these WW2 Carriers to operate jet aircraft. These included new catapults and moving the flight-ready rooms to below the armored hangar deck to protect the aircrews. This meant a long way to the flight deck, especially fully loaded with flight gear, so “One direction only” escalators were installed to get the aircrews to the flight deck efficiently without having to climb numerous stairwells.

At the time I took this for the lines and reflections and really was not too happy about it till reviewing some old shots and researching the whole escalator subject. Now I am glad I did, I imagine allot of pilots traversed this escalator when the ship was active and in the end, I was glad I shot it. The Yorktown was decommissioned in 1970 and donated to Patriots point 5 years later in 1975. 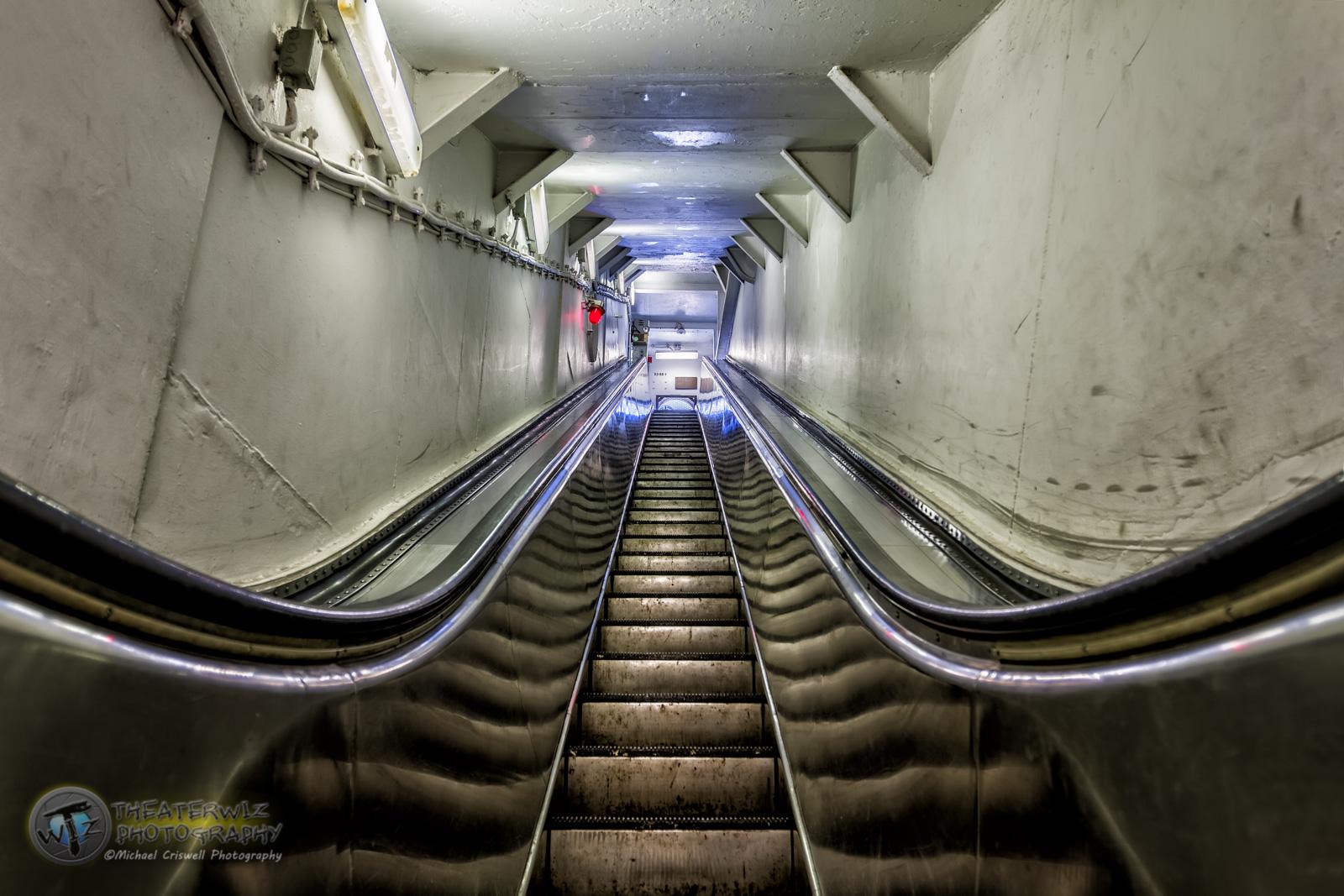