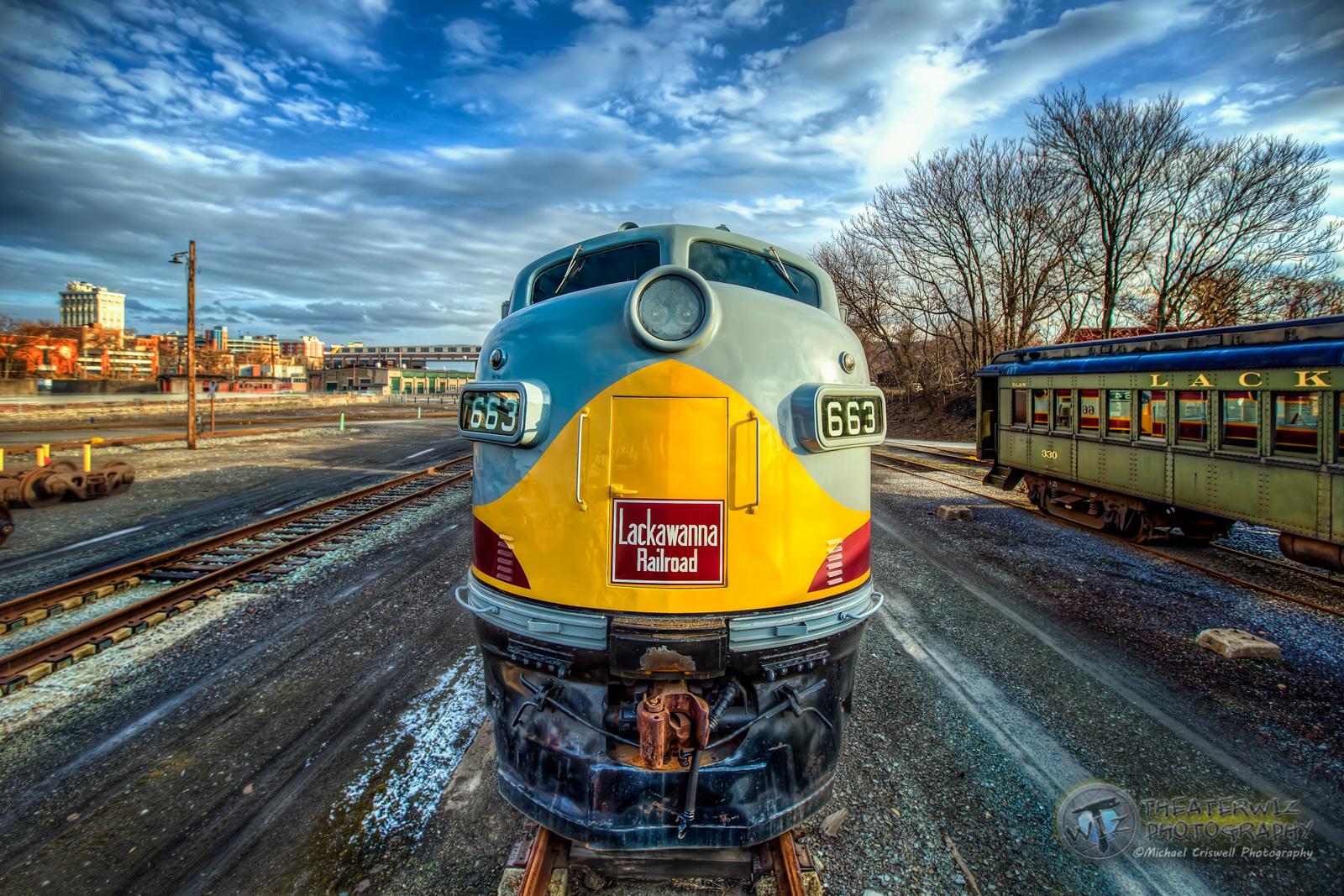 The Legend of Phoebe Snow- The Lackawanna Railroad

Another shot from Steamtown Historic Site, Scranton Pennsylvania. This is one of my favorites from the day, the Lackawanna 663 Locomotive, taken from a spot where I was not supposed to be, only for a few snaps though.

After shooting this I did little research on the Lackawanna Railroad lines produced yet another cool story, The Legend of Phoebe Snow.

At the turn of the 20th century railroad travel wasn’t very pleasant. Trains were hot and uncomfortable, especially in the summer months. Windows were lowered to generate a breeze for the passengers, but the coal-burning locomotive produced fumes and ash. After a long trip, travelers would often leave the train covered in black soot. Not until the introduction of anthracite – a hot burning and clean form of coal, found principally in Northeastern Pennsylvania – did passengers enjoy a more pleasurable ride.  Lackawanna  Railroad had extensive holdings in the anthracite region around Scranton and powered its locomotives by anthracite coal, it could legitimately claim that their passengers’ clothes would still look clean after a long trip.

In 1900 launched a campaign based on a fictitious lady named “Phoebe Snow,” a young New York socialite and a frequent passenger of the railroad. Calkins created a series of postcards depicting a young Miss Snow, dressed in white, boarding or riding the “rails of Anthracite.” The images were accompanied by a short rhyme to the effect that she could ride cleanly and in comfort. The first ad featured Phoebe traveling to Buffalo, N.Y., and a short poem:

Says Phoebe Snow, about to go upon a trip to Buffalo, “My gown stays white from morn till night, Upon the Road of Anthracite”

This came to an end at the start of WWI when anthracite use was prohibited on railroads due to war demands, however, her legend lived on, in 1949 the Lackawanna Railroad resurrected her when it inaugurated a new streamlined passenger train named, Phoebe Snow. Funny enough the late singer, songwriter Phoebe Ann Laub “Phoebe Snow“, got her famous stage name from this railroad legend of the Lackawanna Railroad.

First Cell on the Right