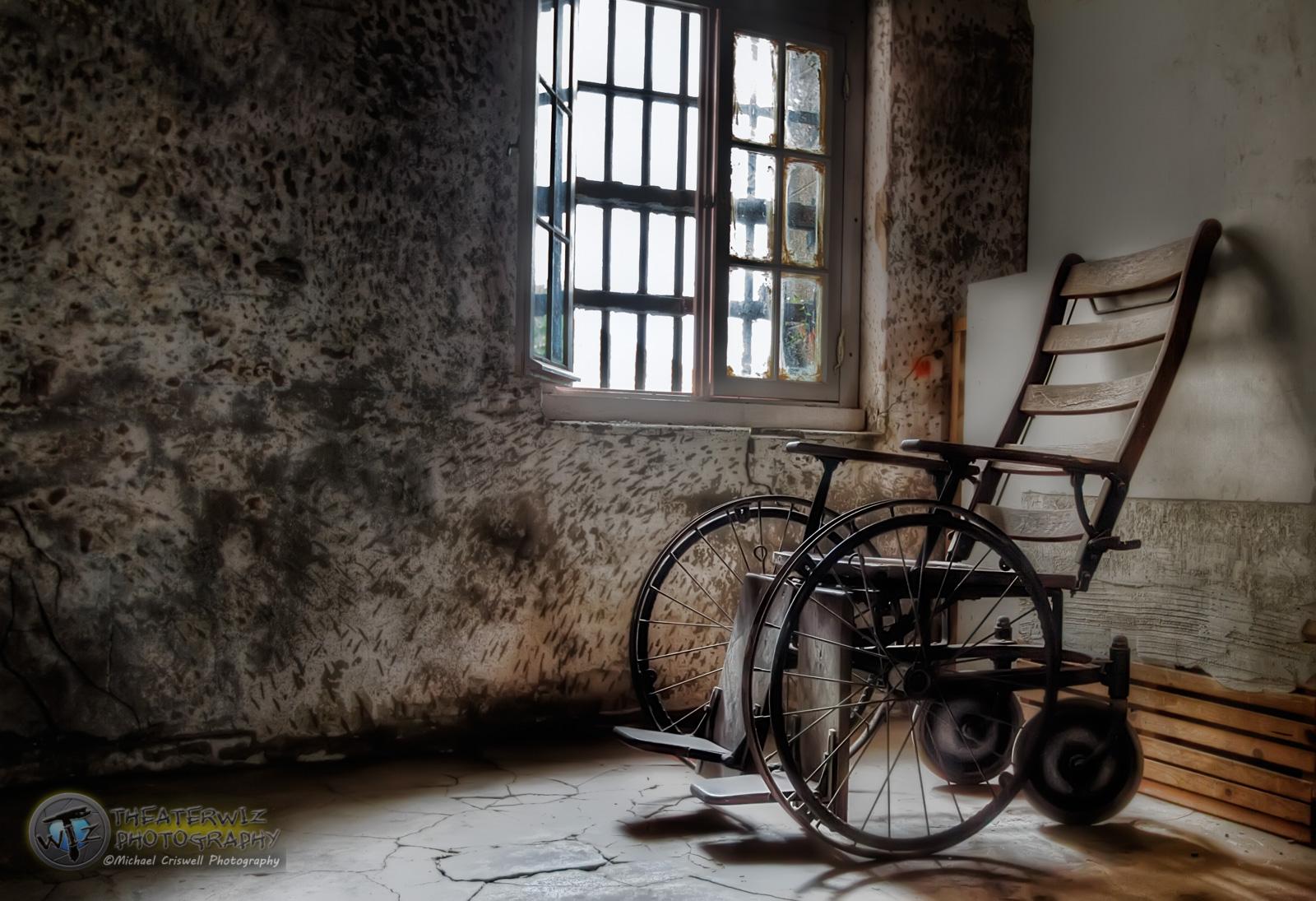 This is a shot from a very cool location in Charleston South Carolina. We were scoping this place out for a ghost hunt later in the evening and as we were snooping around the property a faculty member of a school that now occupies the building saw how interested we were in the location. She offered a full-scale private tour for the both of us, albeit it was a quick one, we saw everything we wanted to see and more. She took us to the haunted locations where paranormal activity has been documented, we toured all the old rooms and she gave us quite a bit of history on the way.

As we came across this scene I was so excited, and in a hurry, I must have been talking or looking around because my finished brackets were a mess, I almost threw them out. Even though I was on a tripod I must have had the “anxious hold the tripod while I was shooting effect” going on, I moved these to lightroom and was really disappointed in the final mess. I decided a couple of nights ago I was gonna save this set, so I set off on a salvage mission to save this cool shot, hopefully, it does not look to bad, after it was all said and done I was happy with the results.

The Location- The Old City Jail Tucked away in the heart of historic Charleston, the Old City Jail stands as a haunting reminder of the city’s darkest past. The jail, which was operational from 1802 until 1939, housed Charleston’s most infamous criminals, 19th-century pirates and Civil War prisoners.  This place is a ways off the main tourist area of Charleston, not to be confused with the Provost Dungeon, the main tourist stop. This old structure is beautiful and Haunted! What more can you ask for? It is now occupied by the  American College of the Building Arts after sitting vacant for some 61 years. Our faculty tour guide told stories of tools moving and other strange happenings since they have moved into the building. When you take into account the history of the building, the paranormal activity, and the fantastic tour we had, you can see how excited I was when I came across this scene.

The exterior of the Jail-gotta Love It!

I took the brackets above with my now sold Tokina Fisheye, it was really distorted as you can imagine, this place was on a really tight city block with cars everywhere, I am surprised I got this wide of a shot, I will have to re-visit with my 8mm : )

Thanks for stopping and checking out some Charleston History!

What’s in the box…

Blue Hour at The Palace