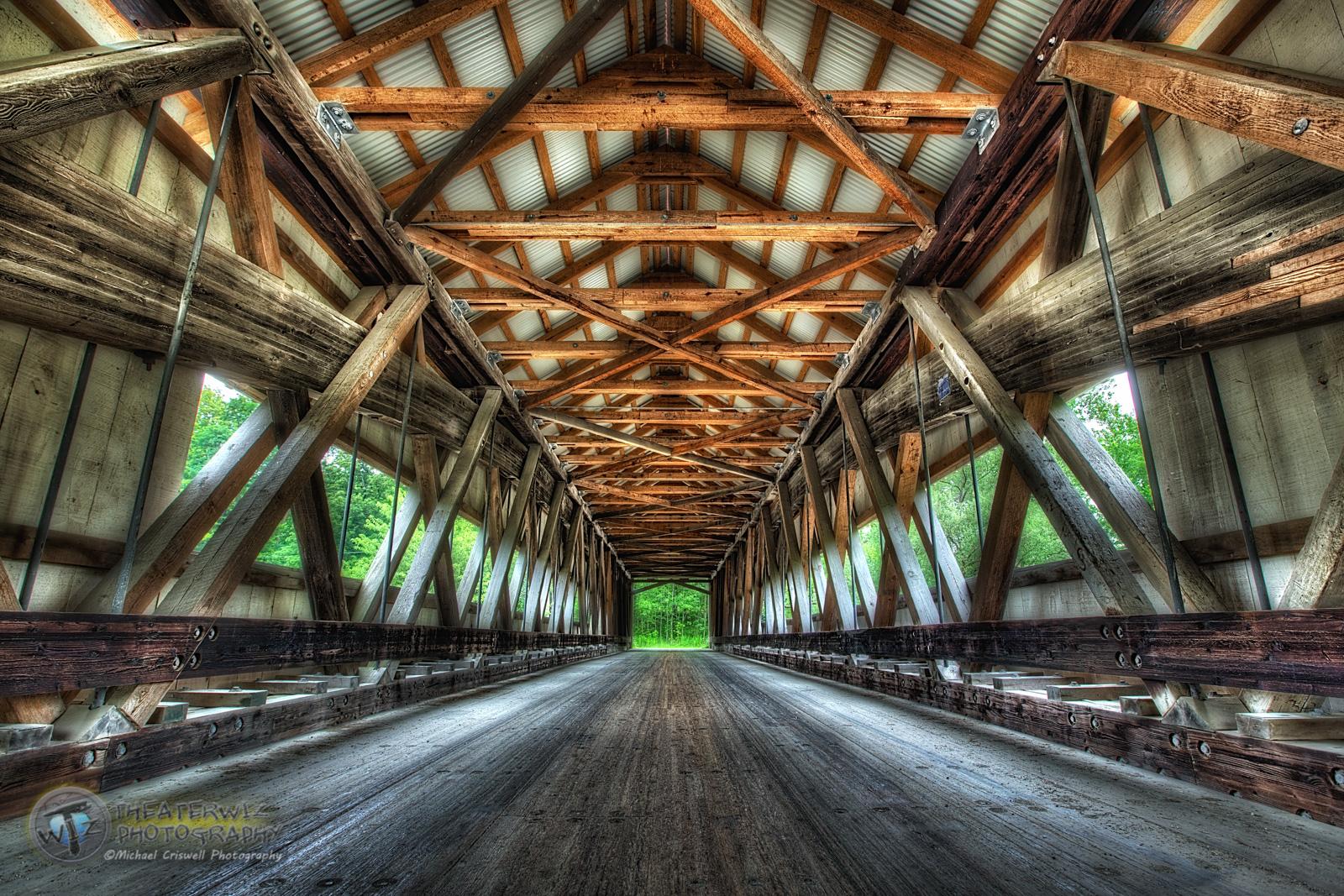 The second-longest single-span Covered Bridge in Ashtabula County, this 156 ft. Howe truss with the arch was built over Grand River in 1867. The arch is 15 layers of 2 x 8 lumber encased by large beams which form the X’s of the Howe truss. Believed to be the oldest of the County’s covered bridges.

The area where this bridge stands was known as “The Great Crossing.” Early French maps of the region marked the river as “deep” at this location. The first mill in the county was built by Ambrose Humphrey in 1801 and stood just south of the bridge.

Backed Into The Corner