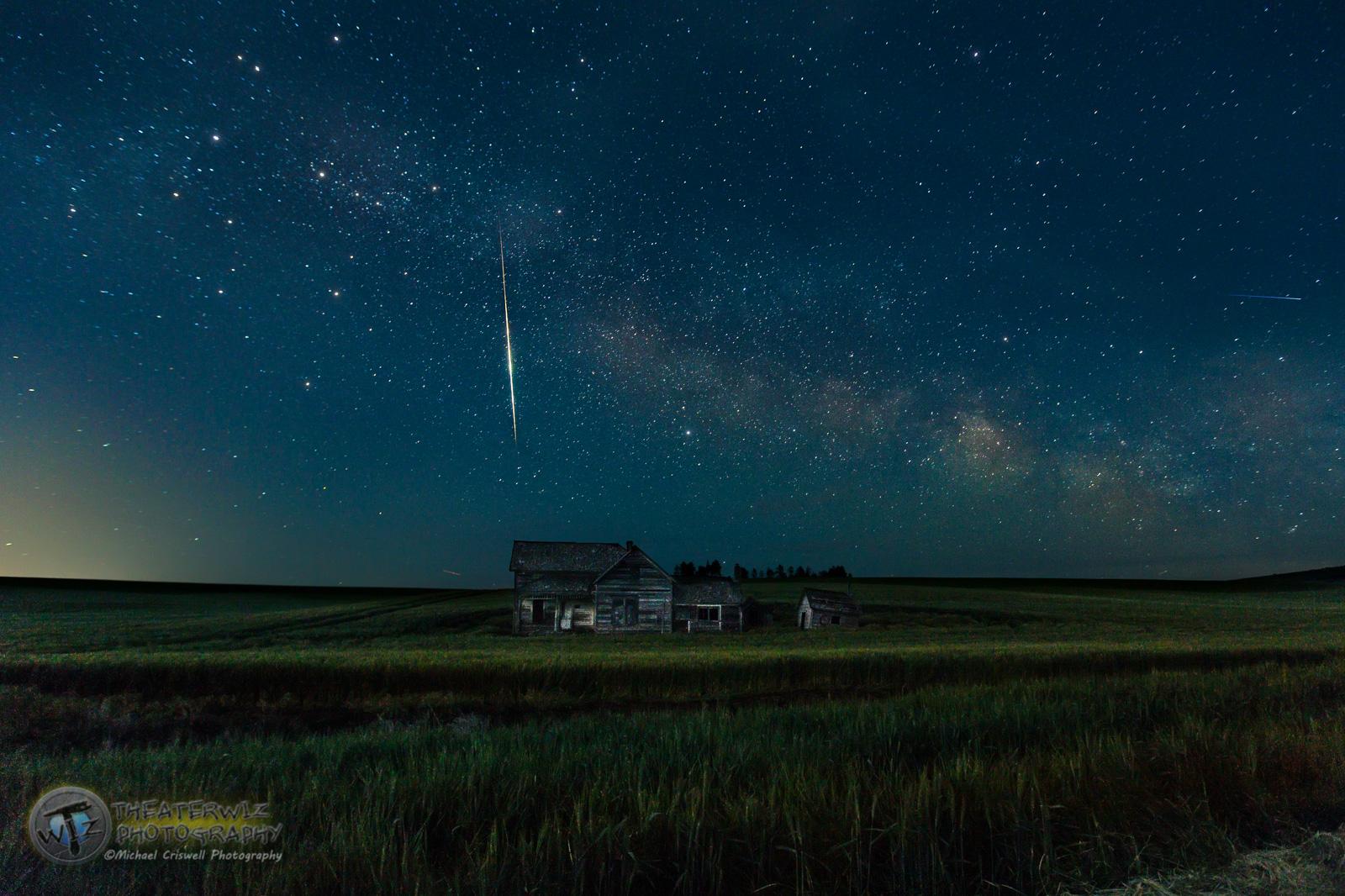 Our last night in Palouse was spent at the Weber House, an iconic abandoned house in Palouse that is photographed quite a bit, we were targeting this as a sunset location for the evening. When we arrived it was really strange, allot of people with cameras mingling around. We were worried when the magic light came in for sunset there may be too many people. Pretty much everyone left before the sunset, which was really strange because we got some great color in the sky, those shots will come later.

After the sunset we setup for some light painting and since the moon did not rise for an hour or so we thought we would take a shot at the Milky Way and some stars. I have never done this type of shooting before and some others from the group were new at this as well, what a blast it was, I think we all were surprised at how well our first attempt at this worked out. I was lucky enough to have my shutter open when this meteor fell out of the sky, very cool. I know for sure I will be doing more of this in the future. 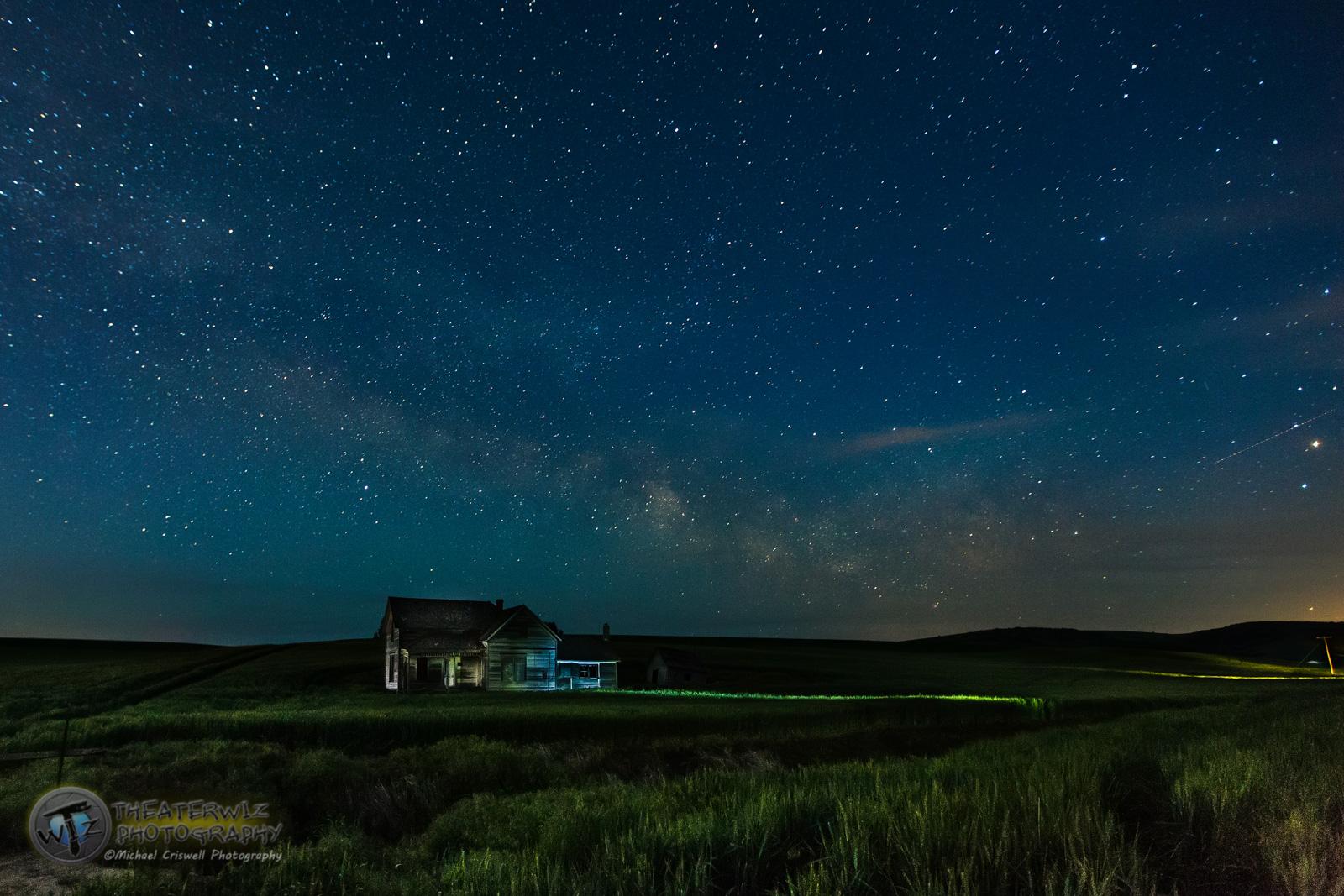 Some stray flashlight beams made their way into this one and we did have some light pollution but all in all we were all happy NxNW’ers.

Glow in the Slots