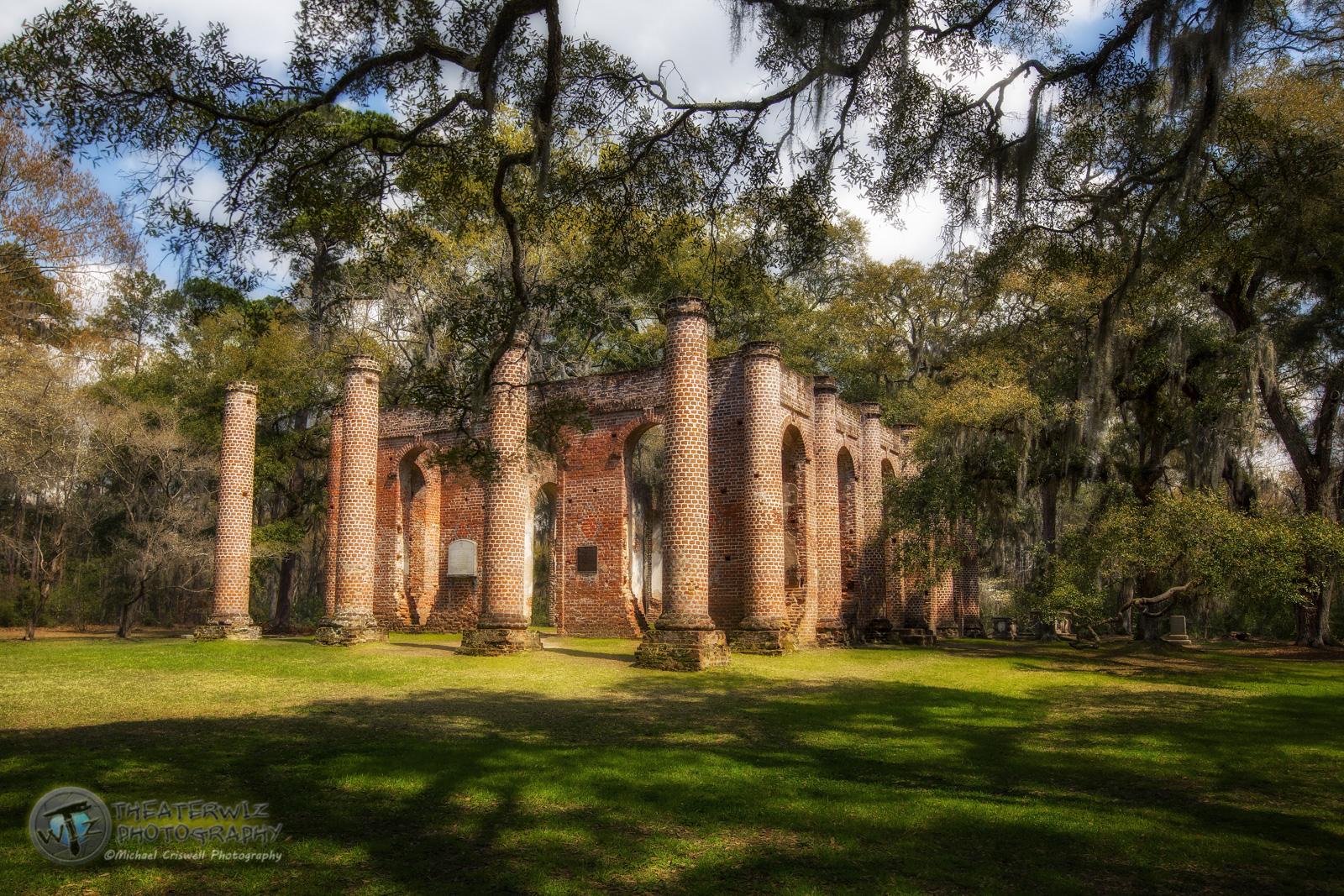 The church was built in the Greek Revival style between 1745 and 1753. Prince William’s was burned by the British in 1779 during the Revolutionary War. In 1826 it was rebuilt. The On site sign reads that it was burned again in 1865 by Sherman during the Civil War, but several web articles refute this claim, even the Wiki article notes-

Contrary to the on site signs based on a letter written by a Yankee, it was not burnt in 1865 by William Tecumseh Sherman.

An alternative view has more recently come to light, however. In a letter dated February 3, 1866, Miton Leverett wrote that “Sheldon Church not burn’t. Just torn up in the inside, but can be repaired.” The inside of the church was apparently gutted to reuse materials to rebuild homes burnt by Sherman’s army.

The ruins lie among majestic oaks and scattered graves and is a real scenic area.

Inside the ruins of the church lies the remains of Colonel William Bull, who “greatly assisted General Oglethorpe in establishing the physical layout of Savannah, Georgia. Bull surveyed the land in 1733 to form the basic grid pattern of the streets and squares.” 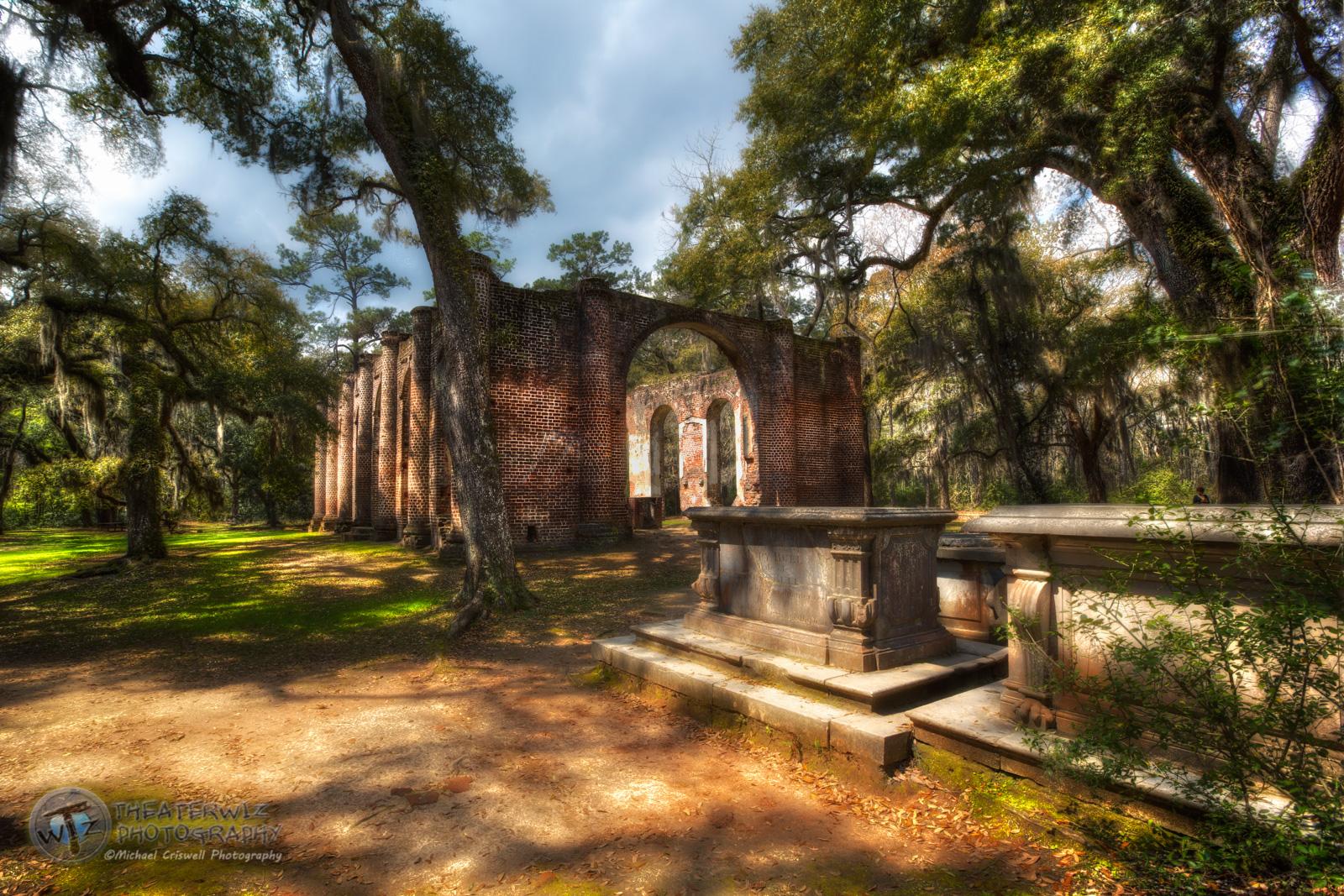 Another shot showing the crypts and various gravesites on the property, and the inside of the ruins. 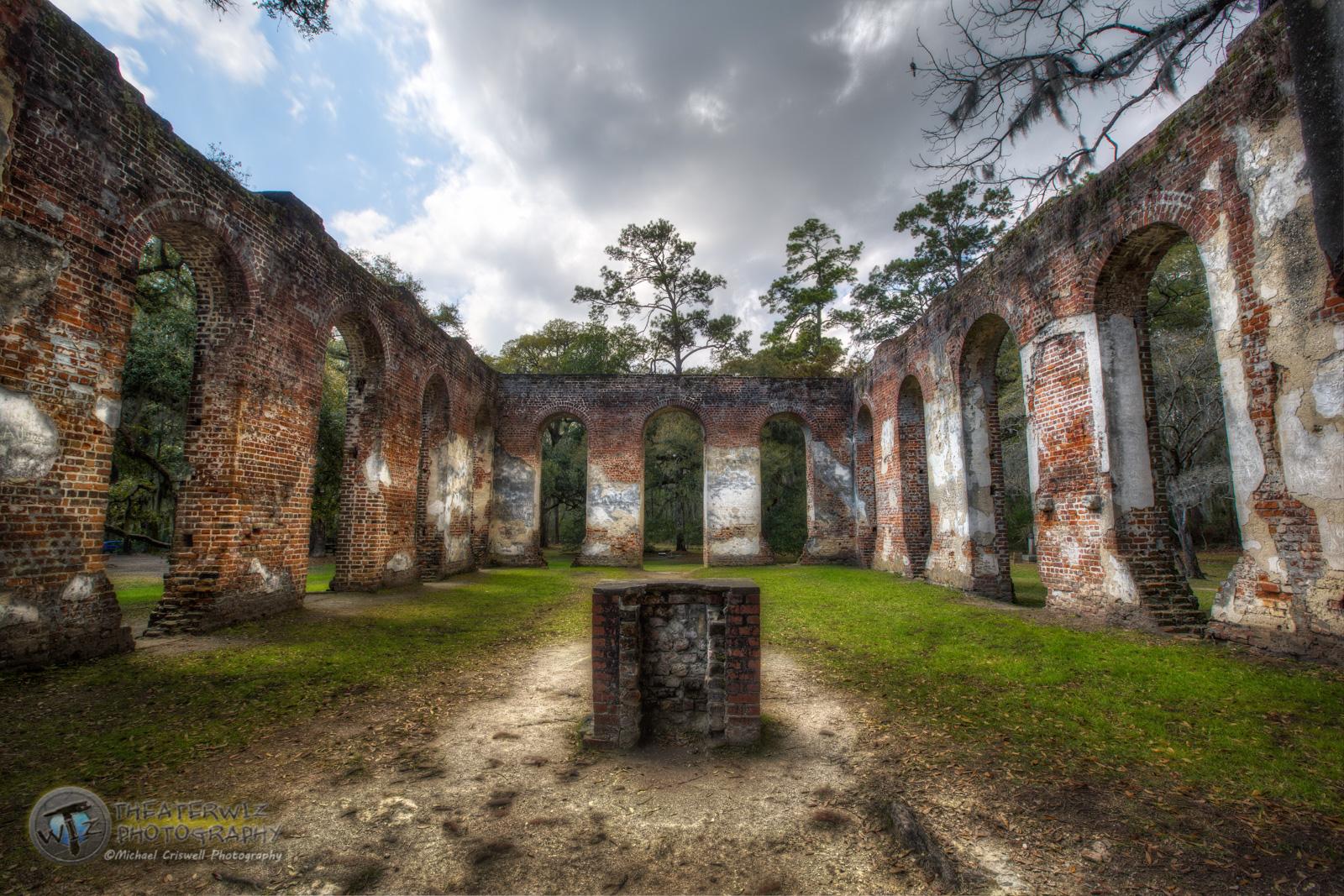