A couple of shots taken while Dave Wilson and I were roaming around the Texas State Capitol building in Austin. If I recall it was a very stormy morning so we set out before the storms to hit the Capitol thinking it may keep some people away. Dave was correct, the Capitol had just opened when we arrived and we had the place pretty much to ourselves. There was a heck of a storm that morning in Austin right after we arrived, we comfortably shot away inside the Capitol building while all hell was breaking loose outside. These shots were taken in the Senate chambers.

The State Capitol building is a great place to visit and photograph if you ever get to Austin. 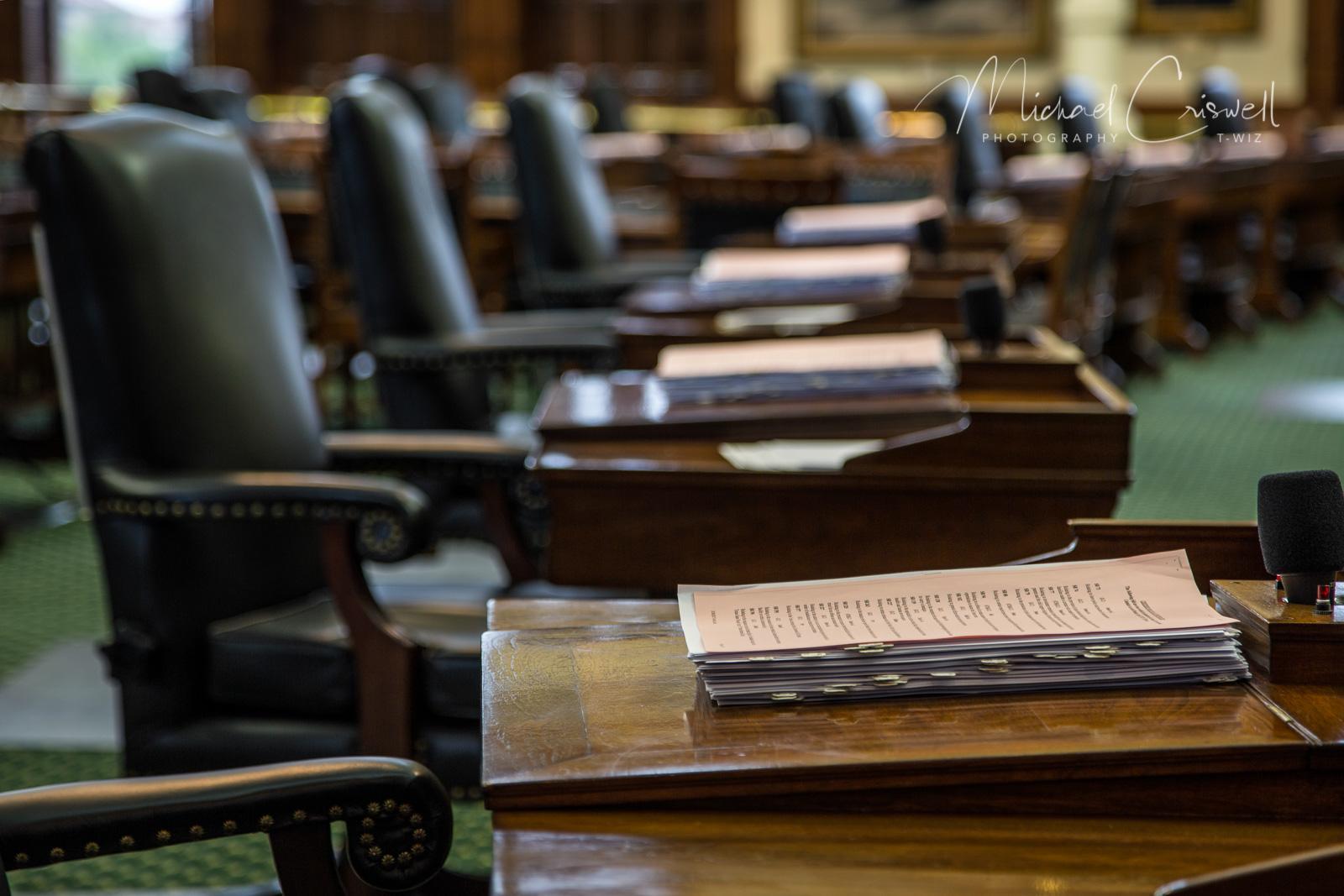