When exploring the abandoned structures with Brad Truxell in the Larimer neighborhood of Pittsburgh a few months back we came across a second abandoned church. We scouted the area a few minutes for a way inside but could not locate an easy was in. I looked at Brad and he said “This may sound stupid but let’s check the front door” so we did, and walked right in the place. Neither one of us could believe it. Once inside the place was not quite as we envisioned it from the outside, we had a bit of a letdown as it was not very ornate and was pretty much overcome with Pigeon droppings.

Not wanting to wast a good in, we did snap a few shots but it was nowhere near the character of the other buildings we explored earlier, cannot win them all. The name came from the hymn book, “Priestly People” was hymn on the page that was opened. 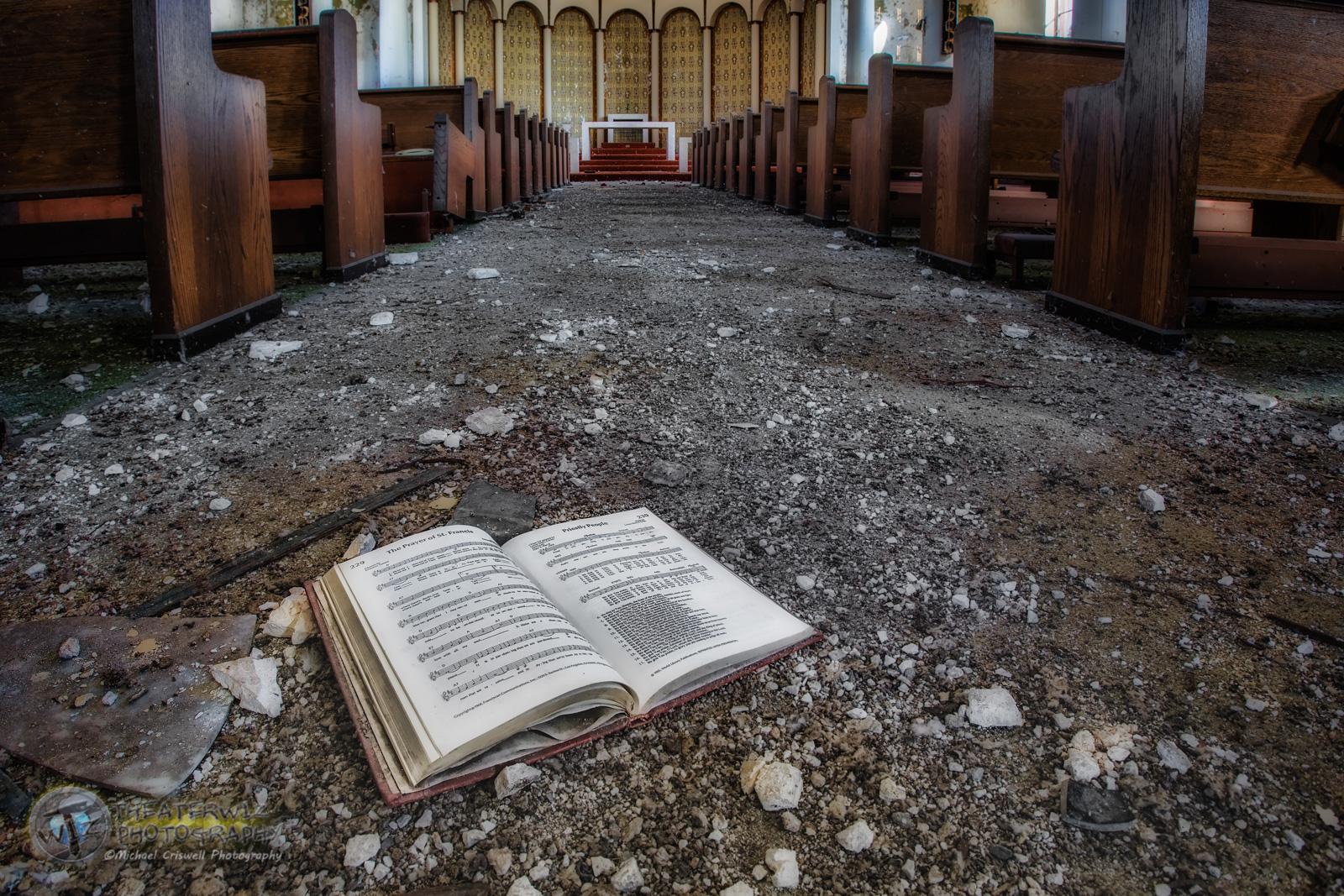