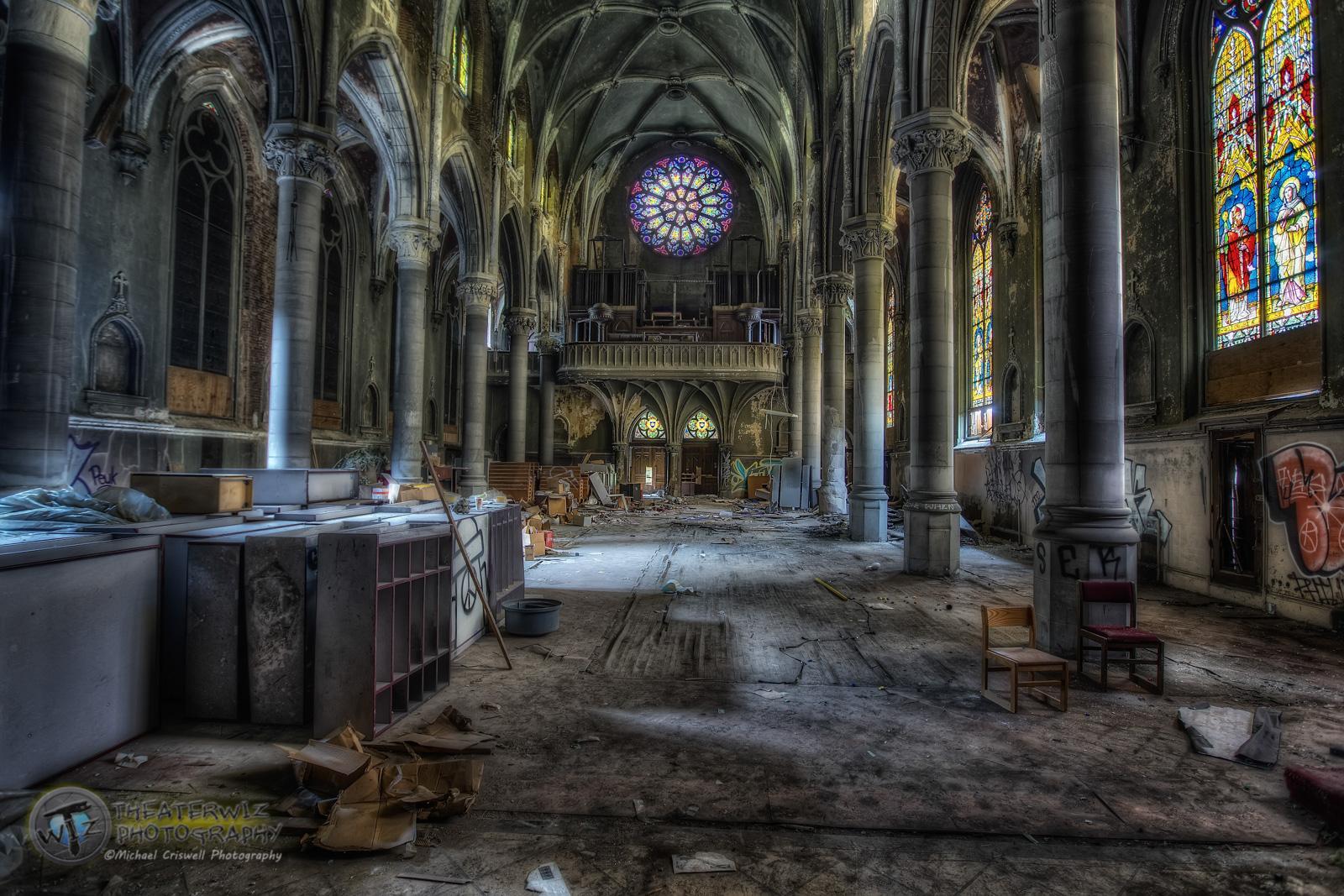 Taking a break from the New England trip I thought I would share this experience. Last week the Empress and I travelled to Pittsburgh to see Fleetwood Mac in concert. We stayed in town and I had a couple places on my radar I wanted to check the following morning. I normally find the inside of churches a nice place to photograph, but when you find an abandoned old treasure like this it makes the experience that much better. This is the former SS Peter and Paul Roman Catholic Church, built in 1890 and ceased services in 1992, left to decay.

The area was lets just say, not comfortable walking around even though it was morning, there were gang tags everywhere along with signs of homeless taking up shelter as well. Having my sweet little Empress wife with me I had to make quick work of getting some shots as she would not go in the building and wanted no part of standing outside while I was in there, so the shots were fast as I was expecting anything on the inside. I might have felt a little different having 9 other guys with tripods as a backup (NxNW) but I did not have that luxury here. It made for a very eery scene inside as half the stained glass was boarded up on one side of the church, making some great light inside. The small area of light coming through the front door above is actually a hole in the door that can be seen below in the entrance shot.

A view from across the street, it is hard to believe they would let a structure like this just sit abandoned and rot away.

The front entrance, you can see the Historic Landmark Plaque on the middle column between the two doors.