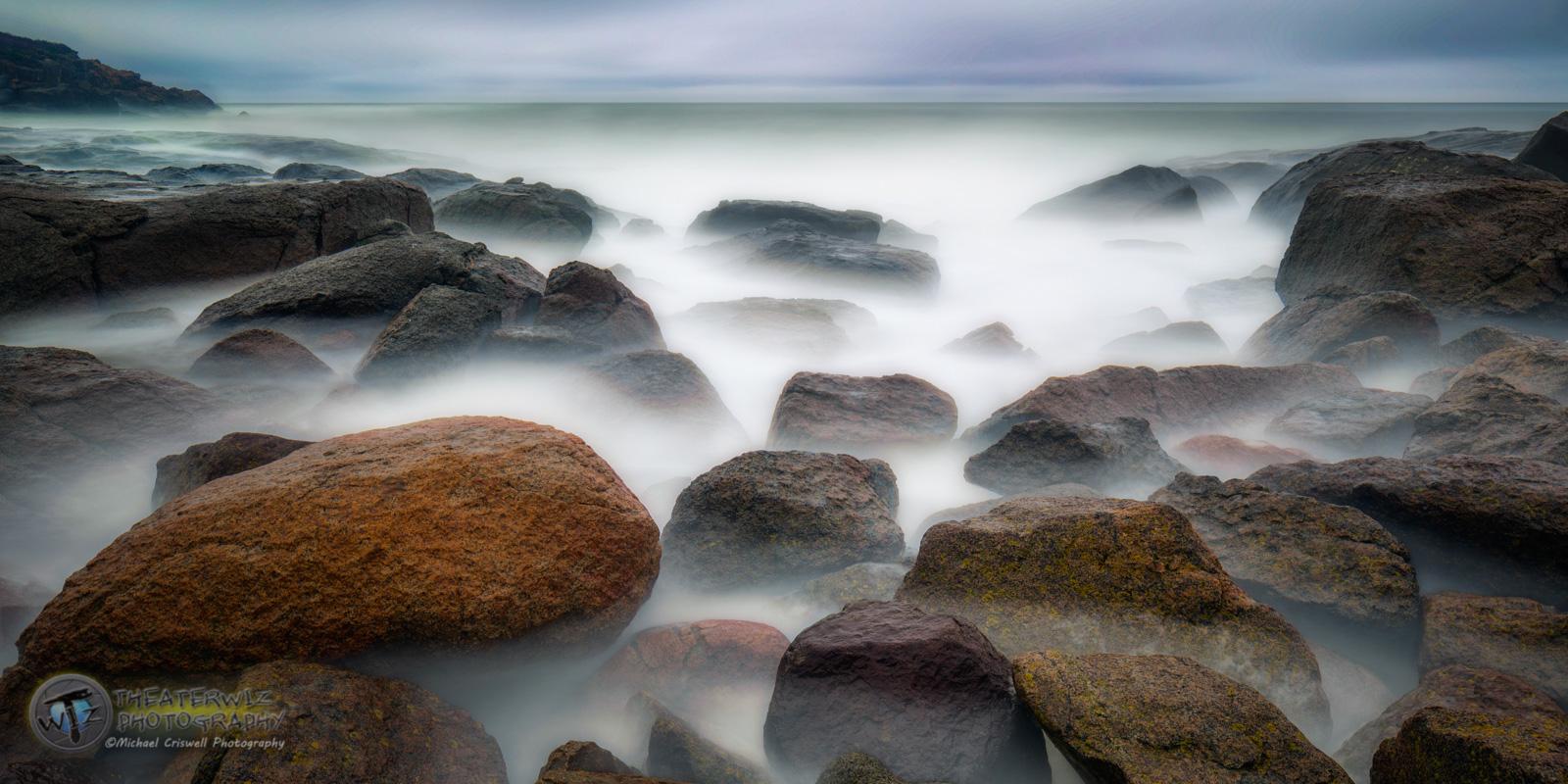 Nubble Light, also known as Cape Neddick Light stands on Nubble Island on Cape Neddick point, York Maine. This was one of the NxNW2014 groups first stops heading up the coast to Acadia National Park. This was originally planned as a sunrise location but weather reports the night before put a damper on that, we slept in a bit longer knowing that rain was in the forecast. The day was dreary to say the least, very misty and rainy at times and overall tough shooting conditions for everyone for most of the day. So,  when conditions are not optimum you have to make do with what you have so most of us broke out ND filters for long exposures and some nice Black and white work to make the best of the day.

This area had some great rocky areas on various areas of the point that made for perfect long exposures, the waves were pretty substantial as well which helped things a bit. This was one of my favorites from Nubble that morning, I left this as a color image after seeing the foreground rocks did have some color. I have a ton of images to go through, just not enough time!

Thanks for stopping! Have a great Weekend!