Massillon State Hospital for the insane opened in 1898 in Massillon Ohio, a small town not far from me. The original Hospital complex was designed when the “Cottage” design of mental hospitals dominated. This was a well-known property when I was in high school, rumors of Haunted buildings, scary tunnels and all sorts of tales and urban legends were rumored back then. Over the years many of the old structures were demolished for new buildings, some burnt down by vandals. The new hospital still operating on the grounds is Heartland Behavioral Healthcare, a State-run facility. 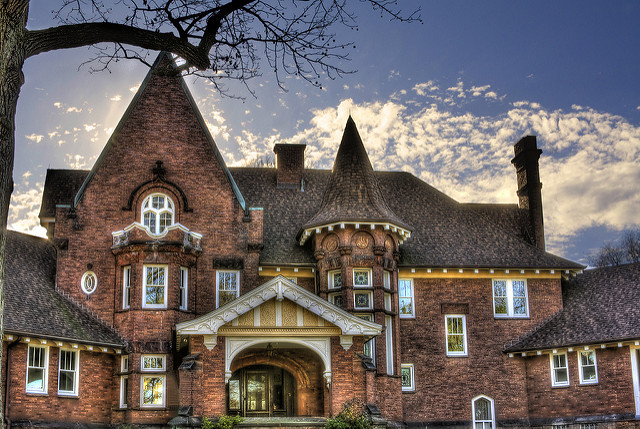 Back in 2009 I captured a photo of what I believe is the admin building pictured above, one of the last original hospital structures which is still standing on the grounds, others say it was the lead physicians building. I am not sure of the exact name but this unique beautiful structure is still standing on the grounds. Like I mentioned this was taken back in 2009 in my not so good beginning HDR  days but none the less it shows the beauty of this older structure. I wish I had a wider view but I was limited in gear back then. Today, this place is locked down like a prison and heavily patrolled by state security officers. Should you go anywhere on the grounds you will be greeted within minutes by security, and most likely be charged with trespassing, recently there have been some problems at the facility so I am sure security is at the highest level now.

A few years ago I was lucky enough to have some super top secret sources that worked out a plan that allowed my wife and I a short time inside the admin building. It was a long time coming before it was agreed that we could enter this cool place, only a few hospital admin and security had access. I took the camera with me, I was a bit limited to what I could shoot as it was dark inside, we explored the place for a short time and I did get a few shots to show inside the structure. I have not seen any online images from the inside and was reluctant to post these when I shot them to protect sources that allowed us this opportunity. There are strong ties to once Governor and President William McKinley on the property with several stories involving the President and his wife and this building, whether they are true or not is beyond me. The building is rich with history for sure as these images will show. 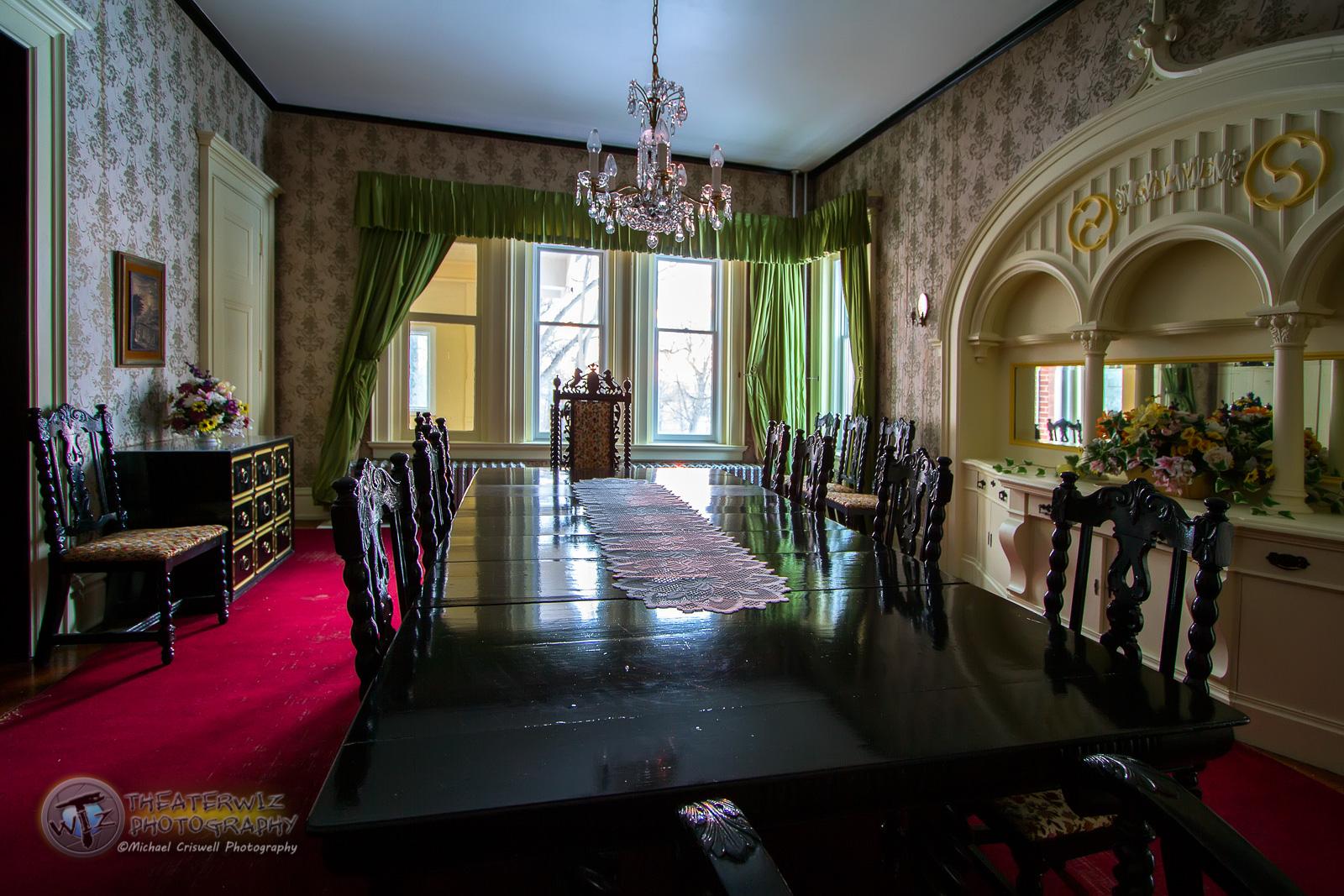 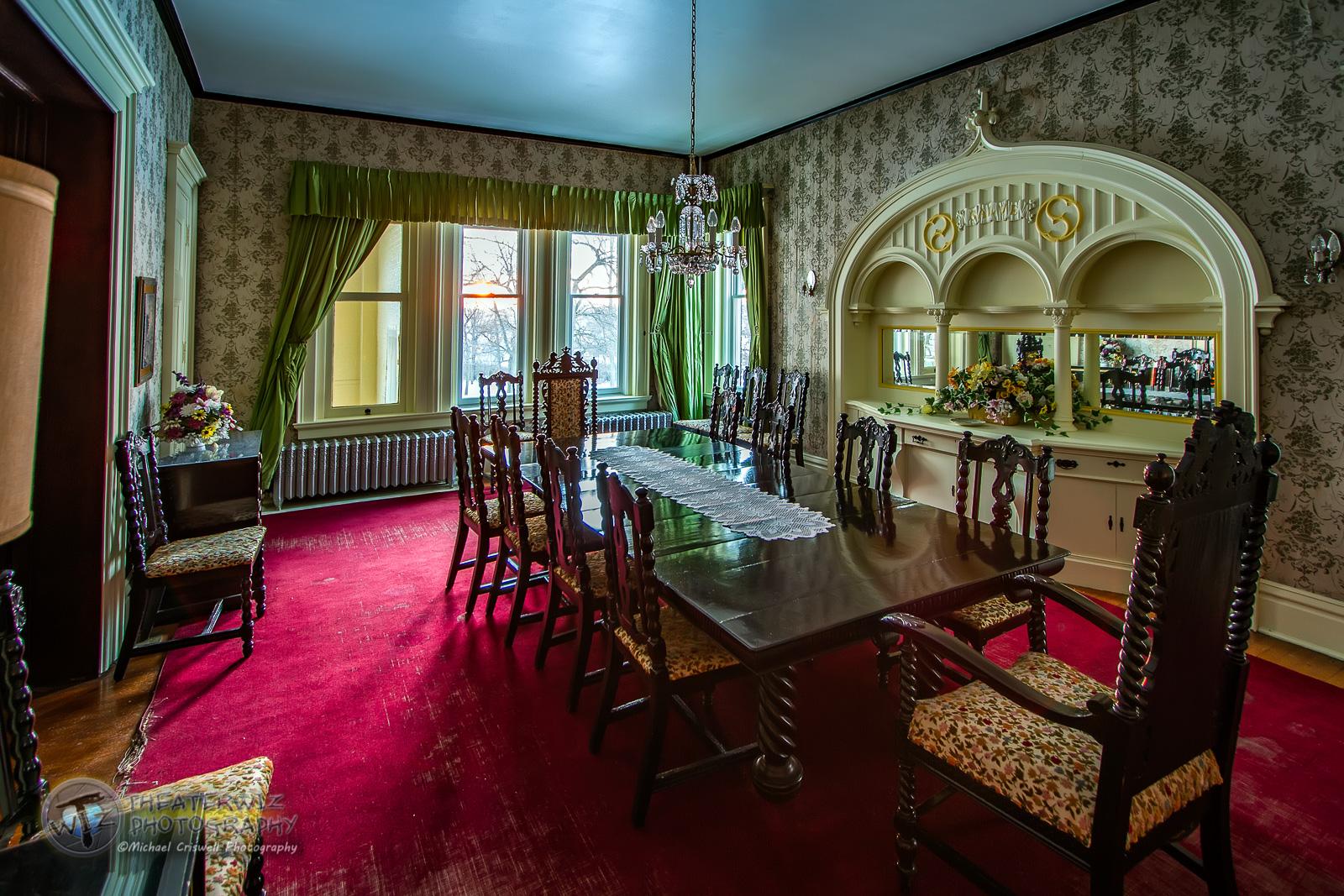 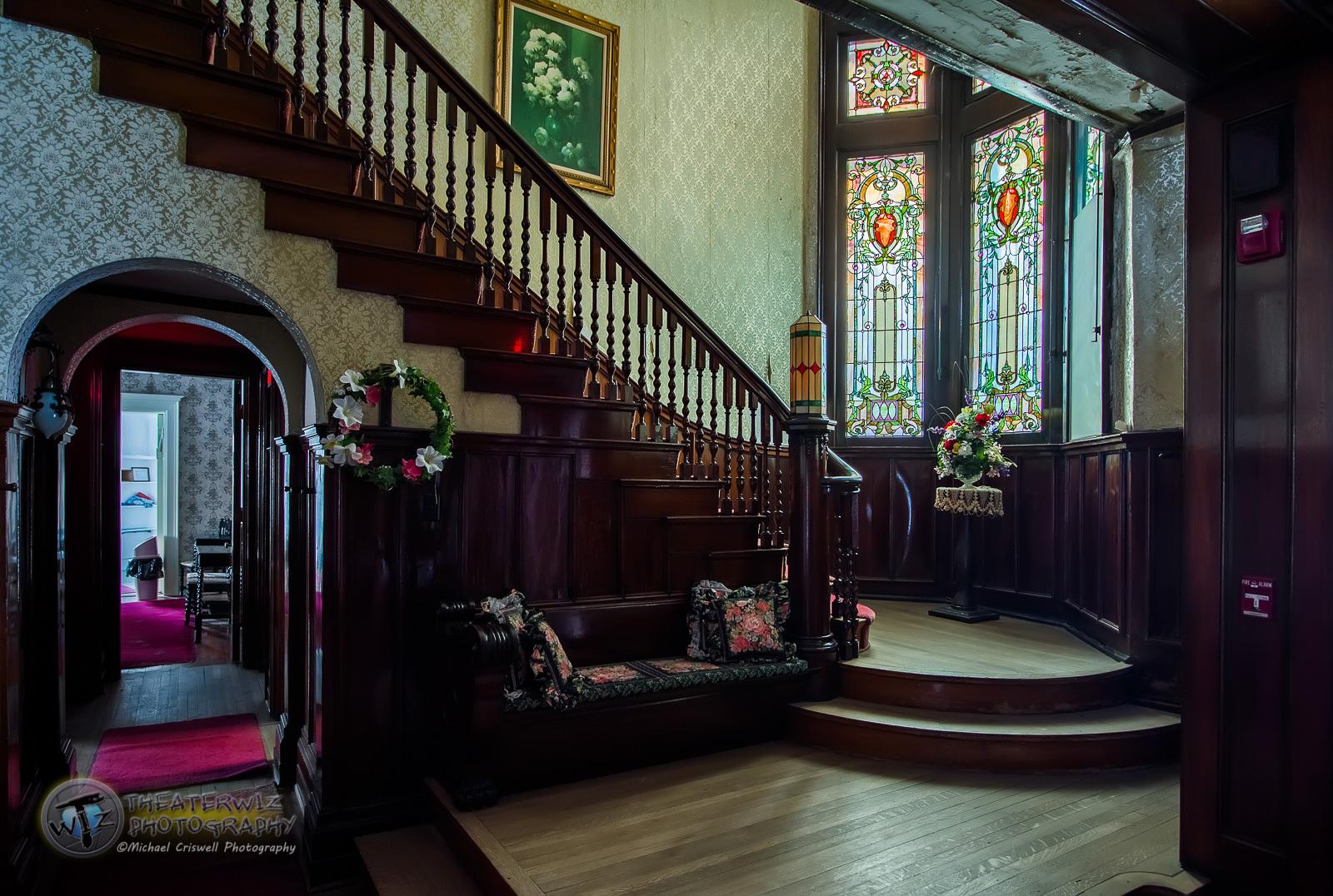 The Upper floors included lots of old artifacts from the hospital 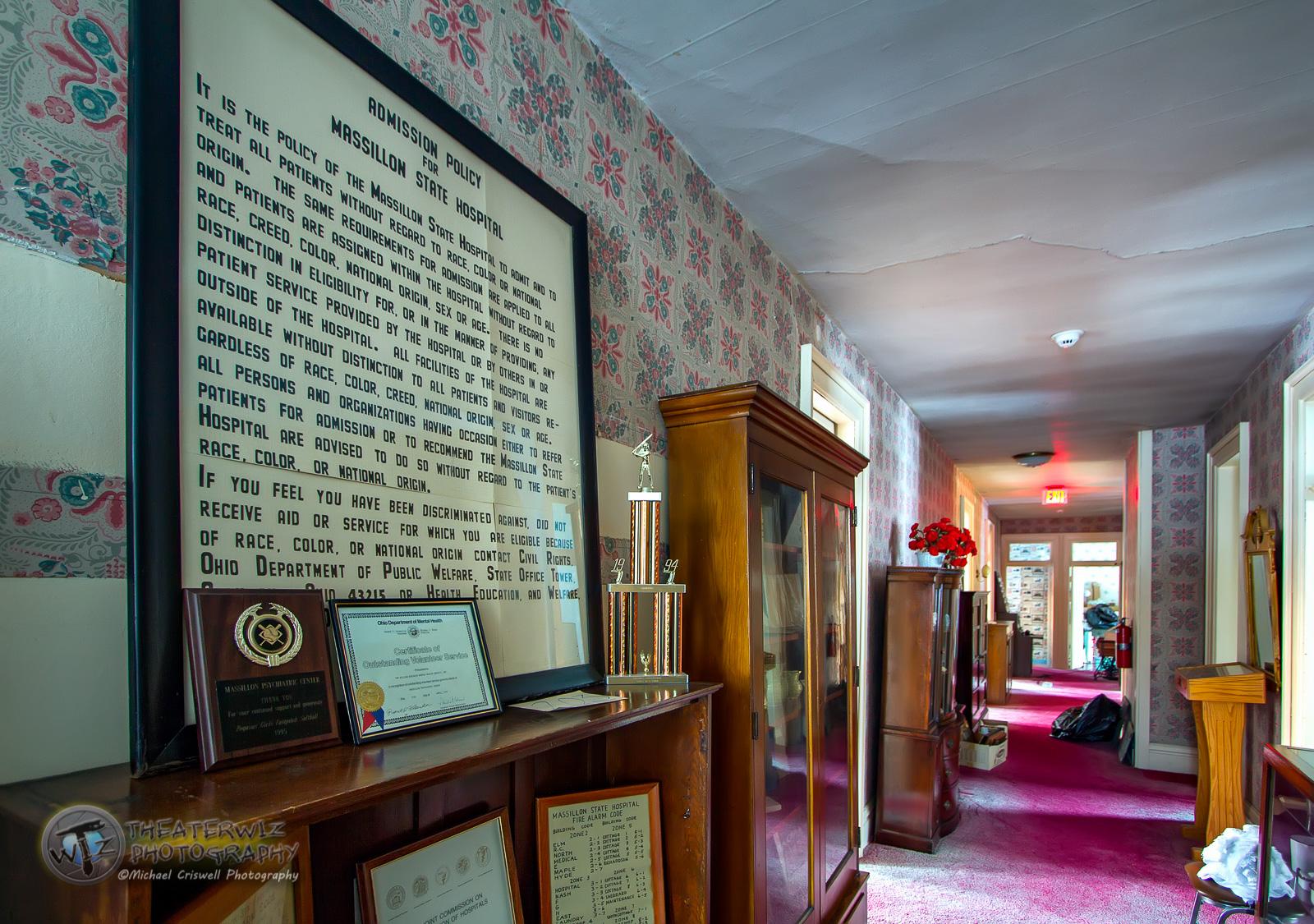 The most interesting part is the comments and conversations that took place on the photograph of this place on Flickr, people actually commented that lived in this house or who had relatives that lived there. Very interesting to read, clicking on this LINK will take you to the image and comments. 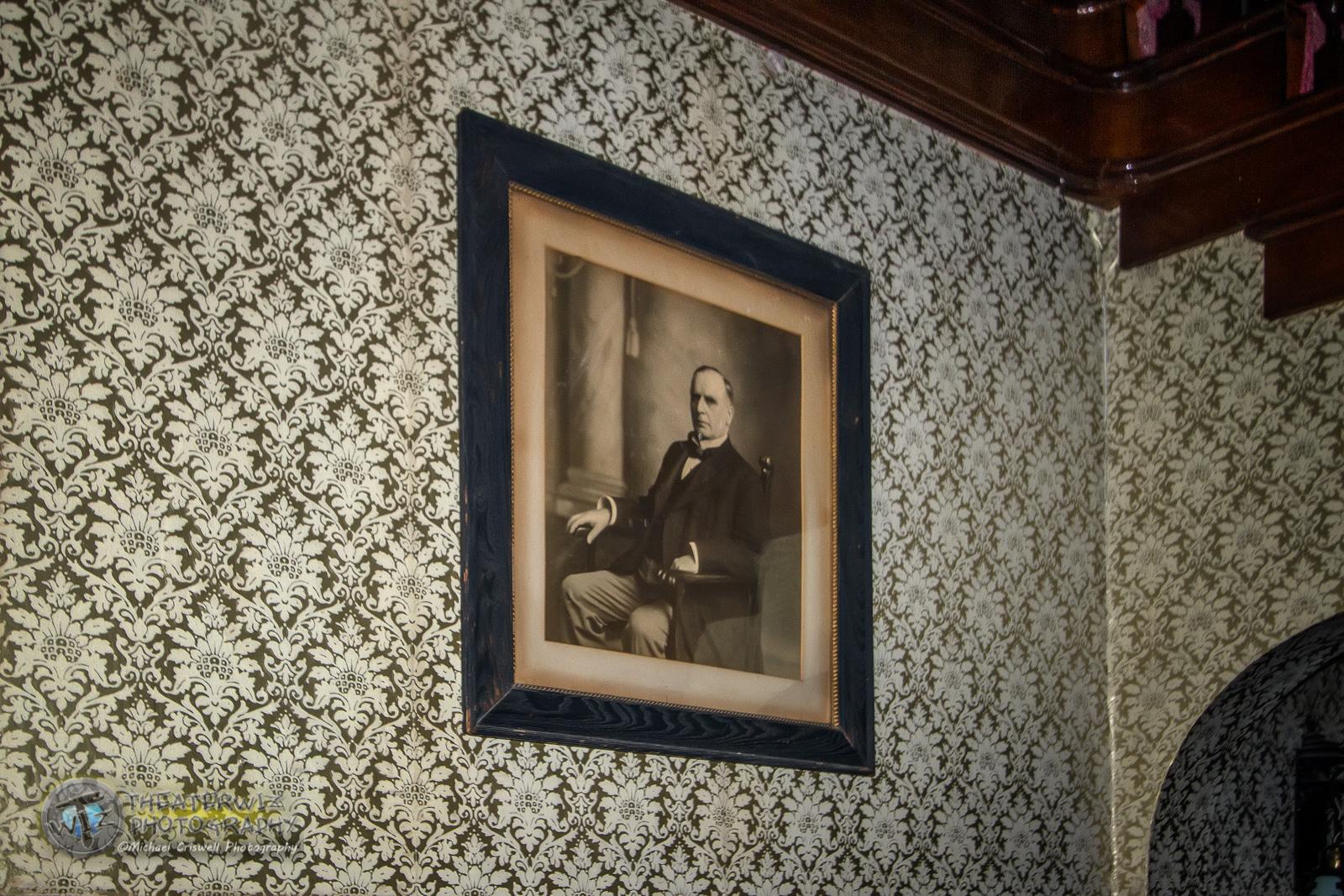