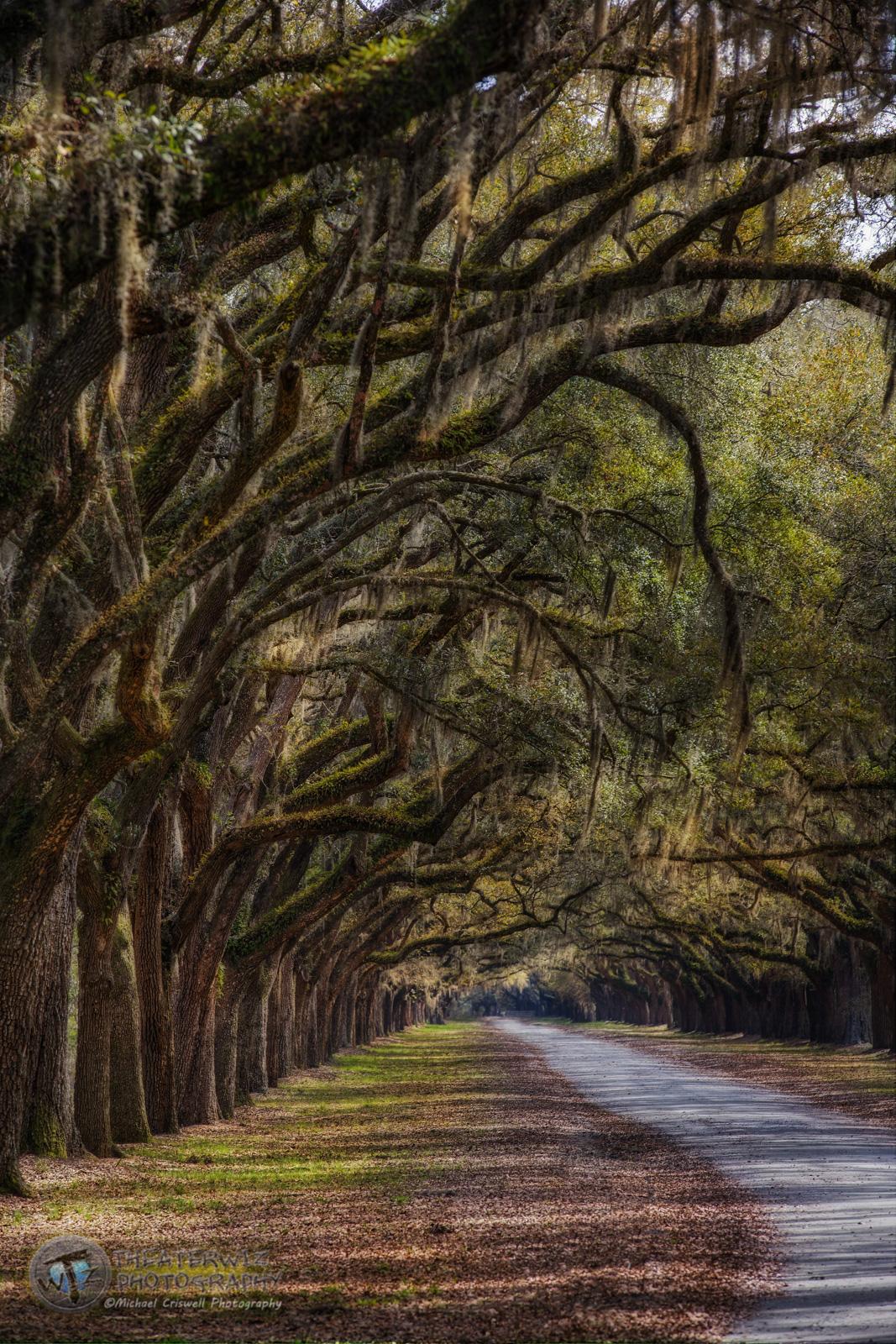 We recently returned from a winter getaway trip to one of our favorite Locations, the south, stopping through Savannah, Beaufort SC, and Charleston SC. It was nice to finally get a good week of sunshine and warmth and be able to shoot some new images after this long dreadful winter in Ohio.

This is the Live Oak Lane at the Wormsloe Historic Site in Savannah, although this looks like a fall shot with all the leaves that have dropped, we learned this is common in the spring. The Southern Live Oaks drop their leaves for new growth until about April. We were told that the leaves were a bit late dropping this year due to the bad winter they had in the South (they say it was bad but they have no idea). The Southern Live Oak Live oak was widely used in early American shipbuilding. Because of the trees’ short height and low-hanging branches, lumber from live oak was specifically used to make curved structural members of the hull. In such cuts of lumber, the line of the grain would fall perpendicularly to lines of stress, creating structures of exceptional strength.

Many more shots to go through from this trip, the South is such a photogenic area.

Slice of the City