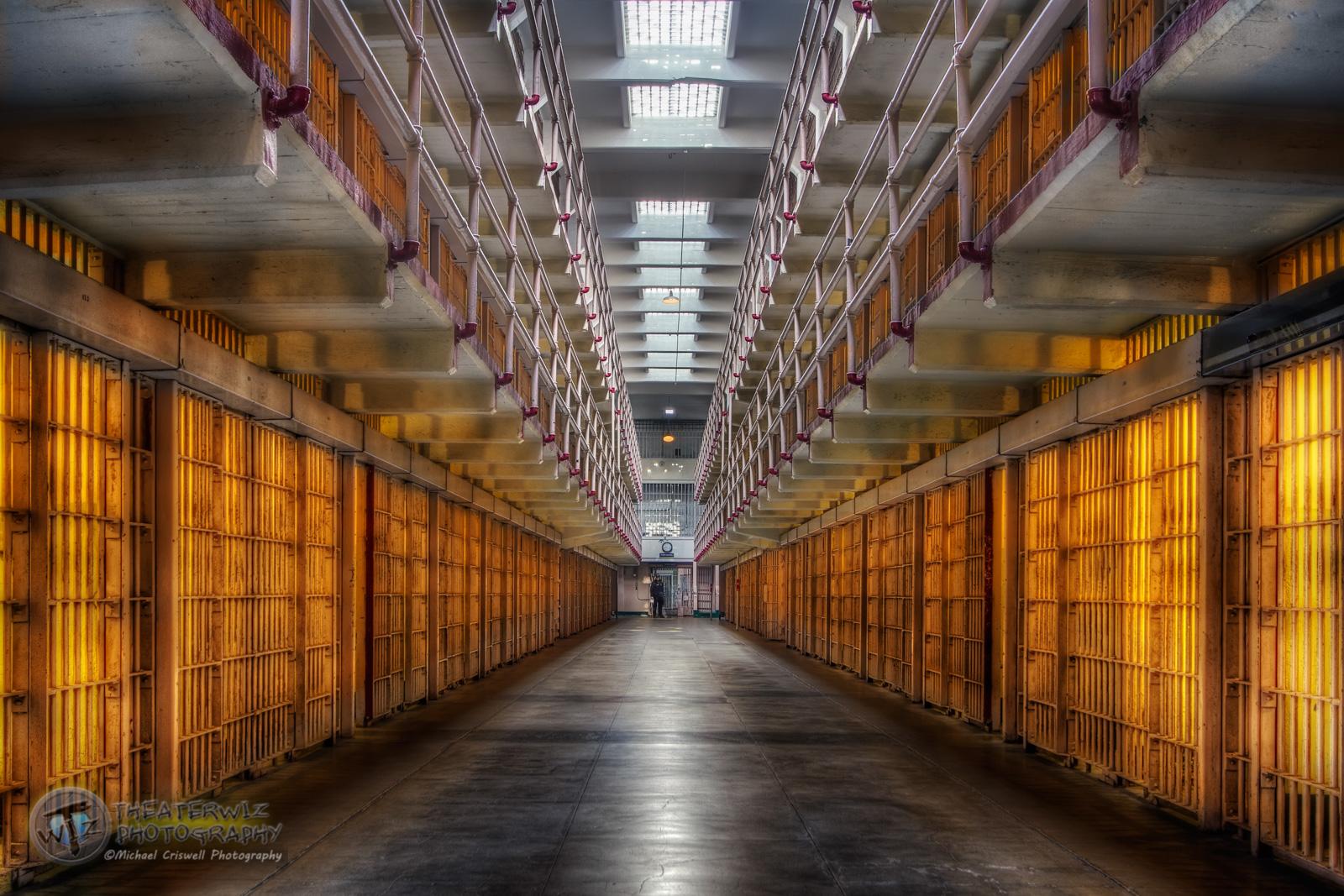 “Creepy” Alvin Kapis was sentenced to life imprisonment, Karpis was incarcerated at THE ROCK,  Alcatraz federal penitentiary from August 1936 to April 1962.  His main job at Alcatraz was working at the bakery. He was far from a model prisoner, frequently fighting with other inmates. Karpis served the longest sentence of any prisoner at Alcatraz (26 years).  In April 1962, with Alcatraz in the process of being closed, he was transferred to McNeil Island Penitentiary in Washington state. While at McNeil, Karpis met a young Charles Manson. Karpis wrote about Manson in his autobiography with Robert Livesey.(Wiki)

It is really cool to read about these kinds of stories when you are researching a photo or location you have shot, and finding out about Creepy Alvin was no exception. Everyone knows the Bird Man of Alcatraz and other famous residents like Al Capone and Machine Gun kelly but Creepy seemed like a good call for this shot. And yes, I got creative with this one, couldn’t help myself.

The guard was actually looking at me, I pretty much ran up the long ramp to get into the main cell block before the crowd on the boat followed, I opted to not watch the welcome movie and made a beeline off the boat, they said tripods were not permitted but this did not seem to be the case, although after about 5 minutes the crowd converged as more boats came with people and made the place pretty much unshootable, it would be great to get there without people on a private outing.

I apologize for the lack of internet and blog activity the last week or so, the Empress and I have opened a small gallery space in our local art district, we had quite a turnout our first showing and it was a lot of fun, now I need to get back to posting and shooting a bit, Thanks for stopping!

The Hangar Deck of CV-10