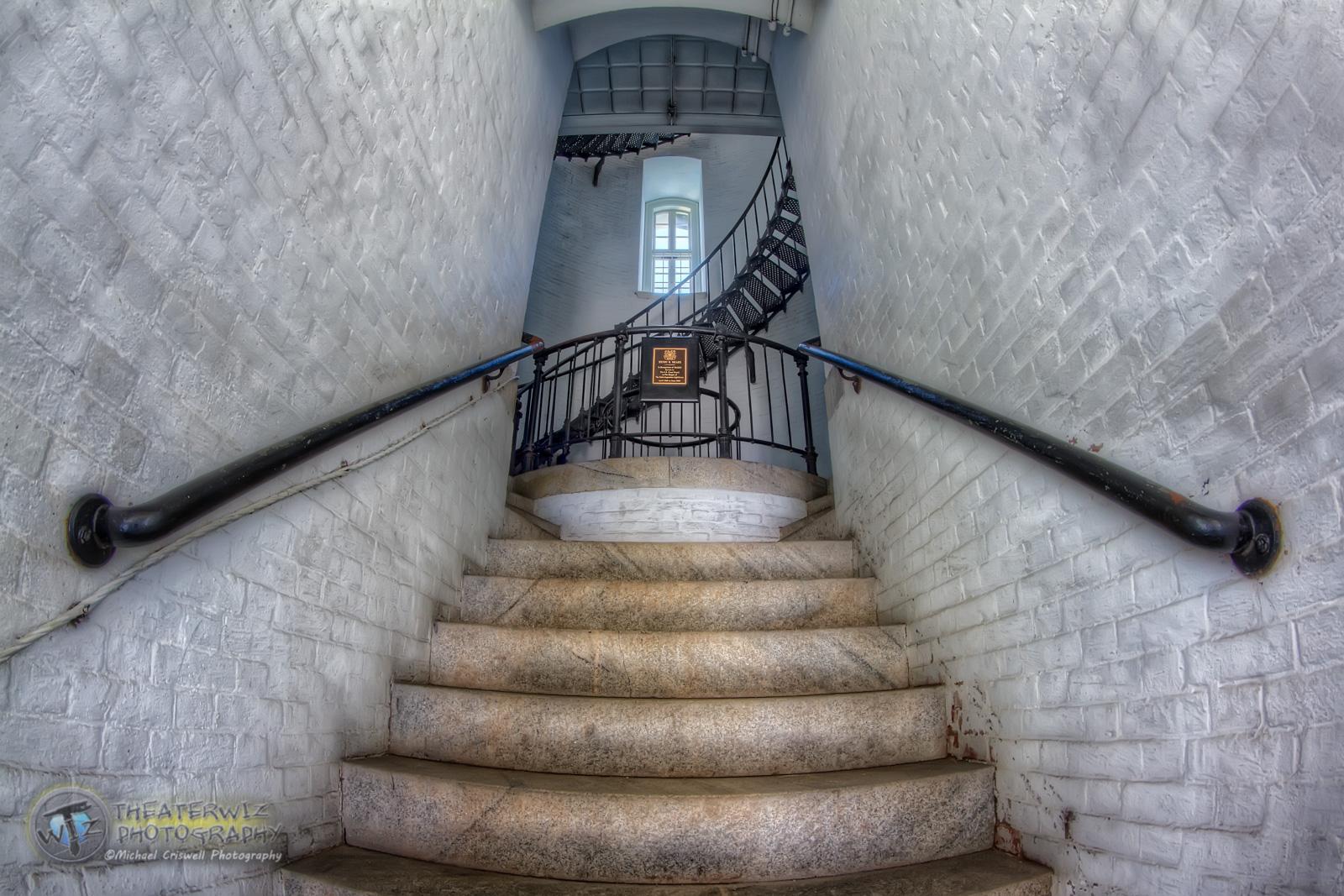 The second version of two Lighthouses in St Augustine

The new tower was completed in 1874, and put into service with a new first-order Fresnel lens. It was lit for the first time in October by keeper William Russell. Russell was the first lighthouse keeper in the new tower, and the only keeper to have worked both towers.

For 20 years, the site was manned by head-keeper William A. Harn of Philadelphia. Major Harn was a Union war hero who had commanded his own battery at the Battle of Gettysburg. With his wife, Kate Skillen Harn, of Maine, he had six daughters. The family was known for serving lemonade out on the porches of the keepers’ house, which was constructed as a Victorian duplex during Harn’s tenure.

On August 31, 1886, the Charleston earthquake caused the tower to “sway violently”, according to the keeper’s log, but there was no recorded damage.

During World War II, Coast Guard men and women trained in St. Augustine, and used the lighthouse as a lookout post for enemy ships and submarines which frequented the coastline.

Merry Christmas and Happy Holidays from the Empress and I!

The Wheels on the Bus

Snow on The Castle