This place is about 10 minutes from our house, I visited before on a tip. I heard from the same guy they were tearing the place down. Most of the windows are removed and big open gaping spaces are left. I thought I would check the place out again since it was so close. The lighting was totally different from the first visit, so it made for a new scene. I couldn’t believe this car was still in the building with all that has been torn down and vandalized but there it was to my surprise, and happiness!

When I originally shot this I had a couple of comment’s to the effect that I photoshopped the car into the first series of photographs, given the location was inside a building, but this second visit should prove this baby still exists, as strange as it may seem. 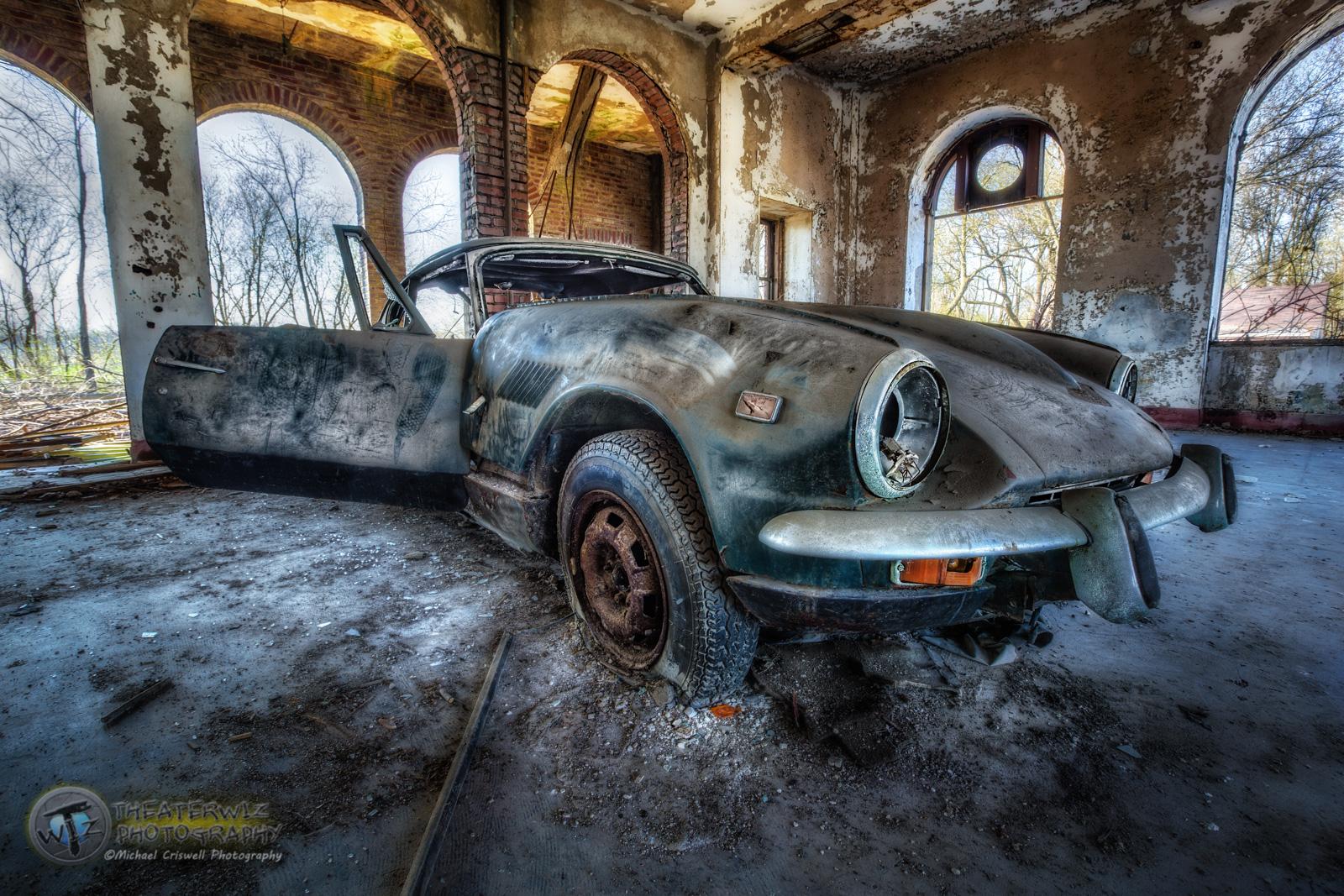