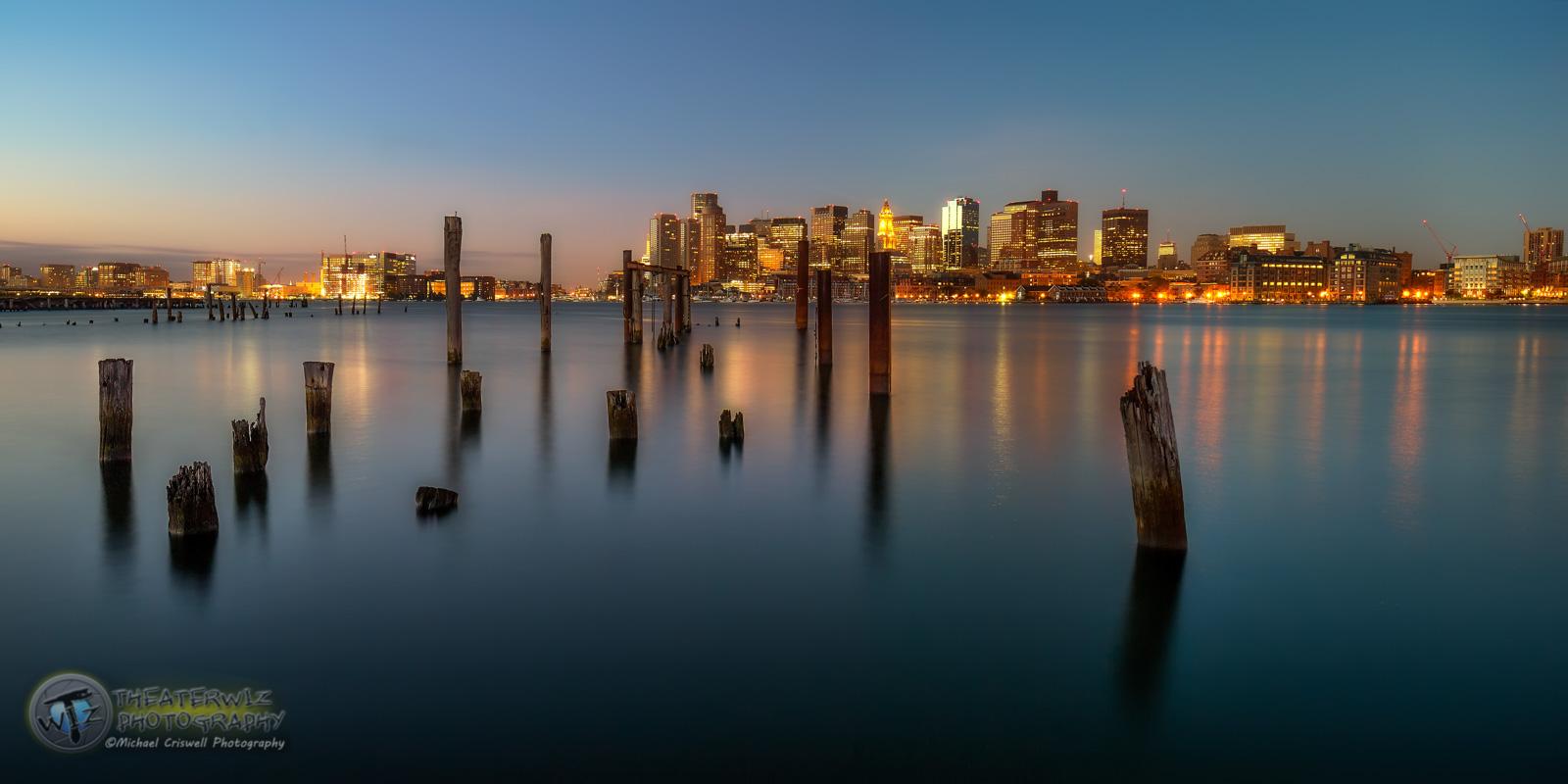 This was our first morning in Boston Massachusetts, the 2014 NxNW crew was still coming together Friday morning. I believe there were only 4 of us in town at this point for the morning Wharf shoot, Bob Lussier, Armando Martinez and Justin Balog. We were also joined by Mike Tully and Steve Perlmutter, both are local to the area and joined us for some of the local shooting Friday and Saturday.

This was shot at Carltons Wharf, named after the man who built the wharf back in 1851, it was used for barrel making and packing fish. There are only pylons left from the old wharf but they make for a great foreground in the cityscapes that you can get from this side of the harbor, we visited this spot again at low tide, which creates a whole different view of the wharf, I will post those later.

It was another great year for the NxNW crew, we had a great time and I met some great people for the first time (Scott Wyden Kivowitz, Len Saltiel, Mike Tully and Steve Perlmutter) and some old friends from last years trip as well, Justin Balog, Bob Lussier, Chris Nitz, Rick Louie, Armando Martinez, Mark Garbowski and Dave Wilson. Check out their sites if you have not already, a very talented group.

Bob Lussier, a great host for this year’s adventure! Bob organized the house in Acadia and helped haul these years NxNW group around the whole time along with several airport trips in there as well. He also did a great job with setting up shooting locations the whole trip including the historic mills in Lawrence,  Thanks, Bob!

Mike Tully, Steve Perlmutter, Len Saltiel and Mark Garbowski– These guys all volunteered their time and vehicles at one point or another to shuttle the crew around, Thanks a bunch!

Scott Wyden, Mark Garbowski and Bob– Thanks for the awesome Beer collection, it was very tasty and much appreciated!

Check out everyones websites as well, they are a talented group and I am sure everyone will be posting shots from the trip, they all have a link on my blog roll, so check them out.

I got allot more processing to do so stop back, thanks for stopping.