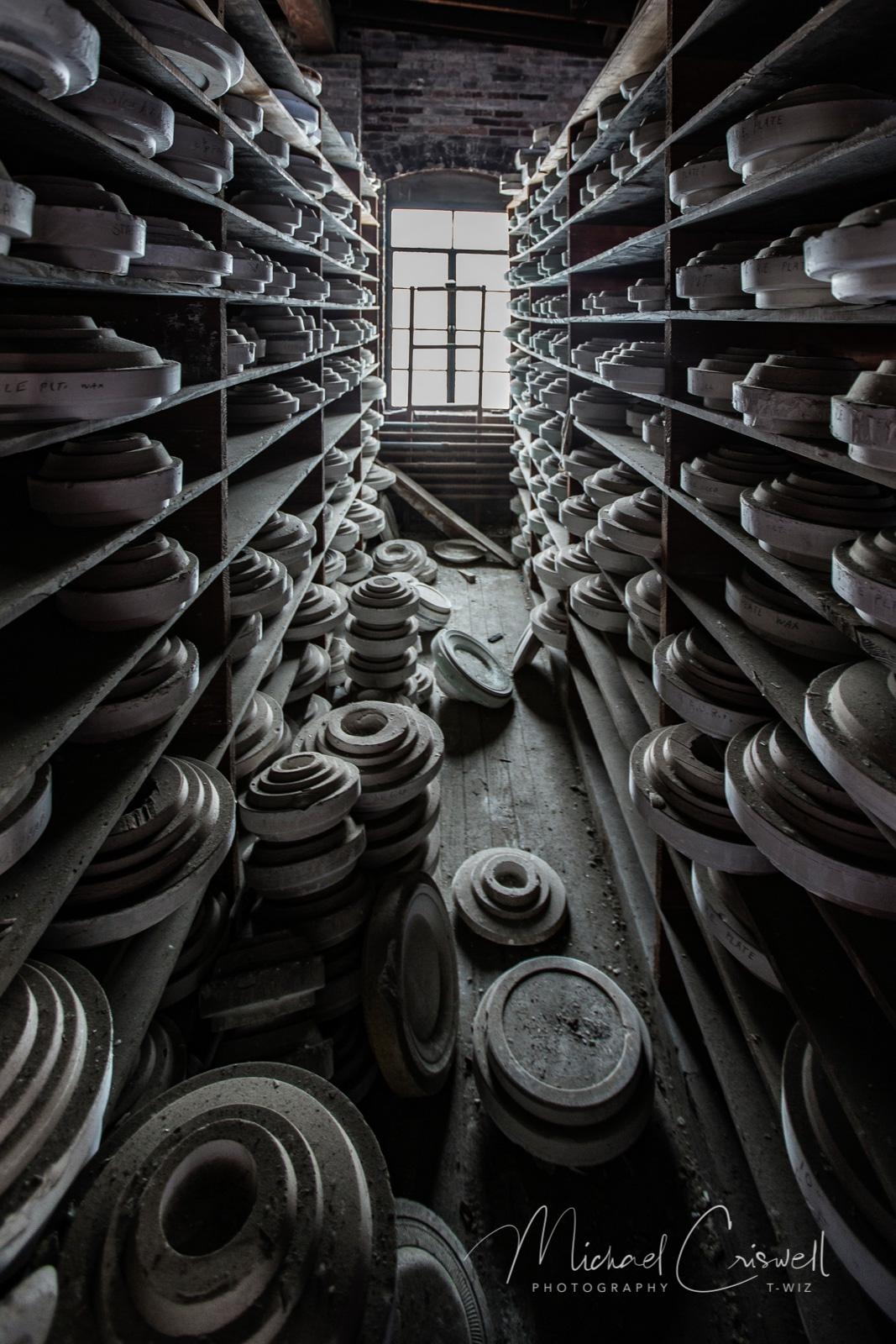 Lurking on the outskirts of New Castle PA stands the remaining buildings of the Shenango China Plant. The Plant opened for business in 1909. Shenango China absorbed many of its competitors through the years. Shenango dinnerware is easily identified using the backstamp (corporate identification placed on the back or underneath part of the ceramic dish) featuring Native Americans involved in various forms of pottery production.

All Shenango production stopped in 1991, as the company couldn’t rise above increased labor costs and the popularity of inexpensive imported china.

When the production stopped it looks as if employees just left the building as it stood and walked out never to return. There are endless crates of china everywhere, remnants of the old ovens and various buildings in several states of disrepair, we explored around there for a few hours taking in the eerie scenes. This shot was a whole section of the various molds use to make the chine, there were thousands of them on shelves in various parts of the complex all labeled with pattern names.