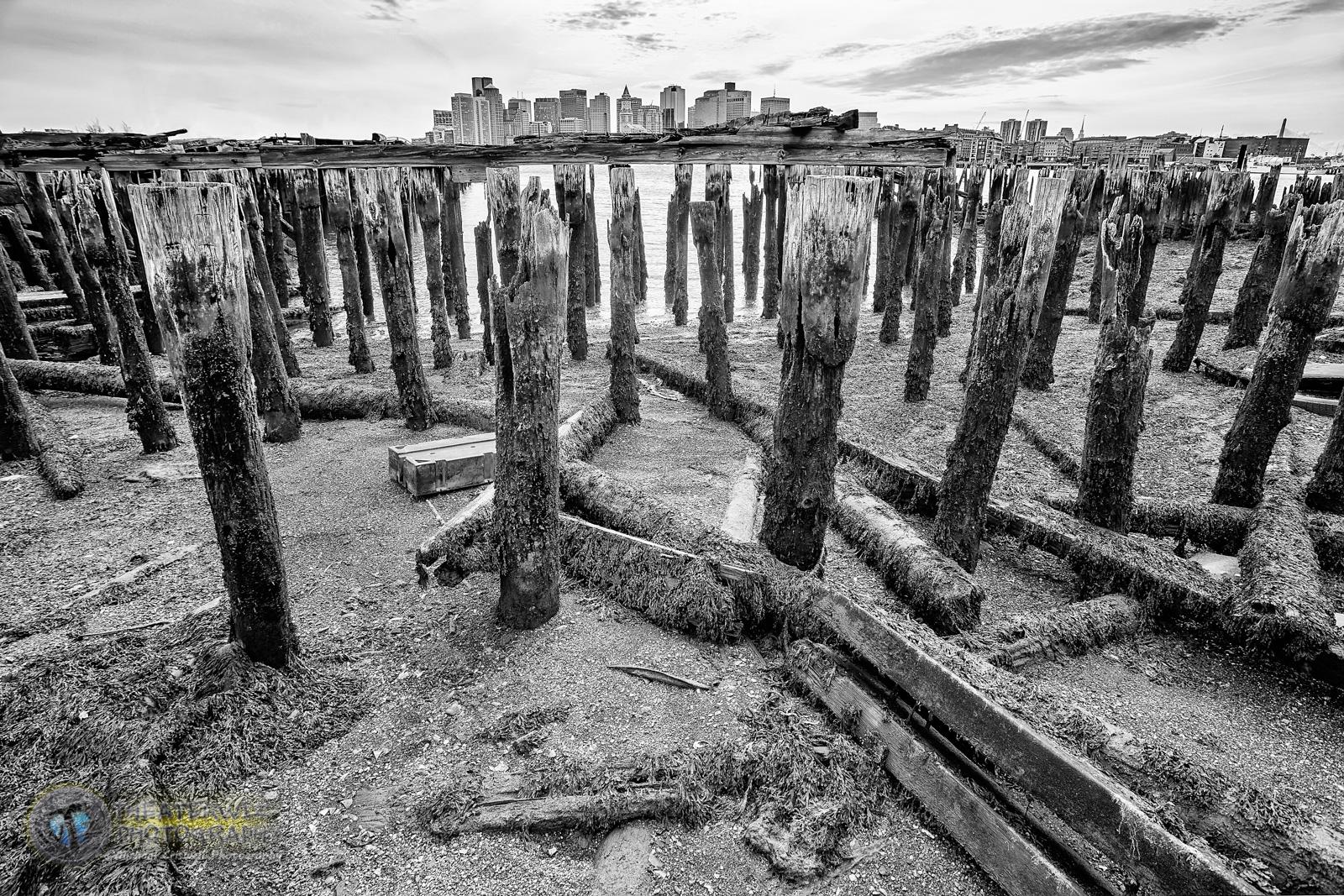 This was one of the last shots from the New England #nXnw2014 adventure, Bob Lussier and Mark Garbowski were running the last shooters to the airport for the trip home which included me, Armando Martinez, Justin Balog and Scott Wyden Kivowitz. We decided one last stop at Carlton Wharf near LoPresti Park was in order to grab some last frames. The tide was much lower than our sunrise shooting which made for some interesting parts of the wharf sticking out of the water.

The sun was very harsh this time of the day and the conditions were not ideal by any means but I thought this view of the city was interesting and a bit of an optical illusion as well. I stuck my 5D on a strategic wharf pole above my head and snapped some shots of the city, it’s different but I liked it.

Since the light was so harsh the color version did not do anything for me so I converted this in Silver Efex for the final monochrome version.