Roaming in all the different areas of Yellowstone National Park, the American Bison (Buffalo), the national mammal of the United States.

Bison are among the most dangerous animals encountered by visitors to the various U.S. and Canadian national parks and will attack humans if provoked. They appear slow because of their lethargic movements, but can easily outrun humans; bison have been observed running as fast as 40 mph. Between 1980 and 1999, more than three times as many people in Yellowstone National Park were injured by bison than by bears. During this period, bison charged and injured 79 people, with injuries ranging from goring puncture wounds and broken bones to bruises and abrasions. Bears injured 24 people during the same time.

We witnessed some crazy tourists in the park risking their well being for that “Must Get” most important Selfie shot with a bison in Yellowstone, crazy and stupid people for sure.

I was a safe distance from this furry beast. A big thanks to Rick Louie for introducing me to my first Bison burger in Denver before heading to Jackson Hole.

Your Own Personal Travel Day 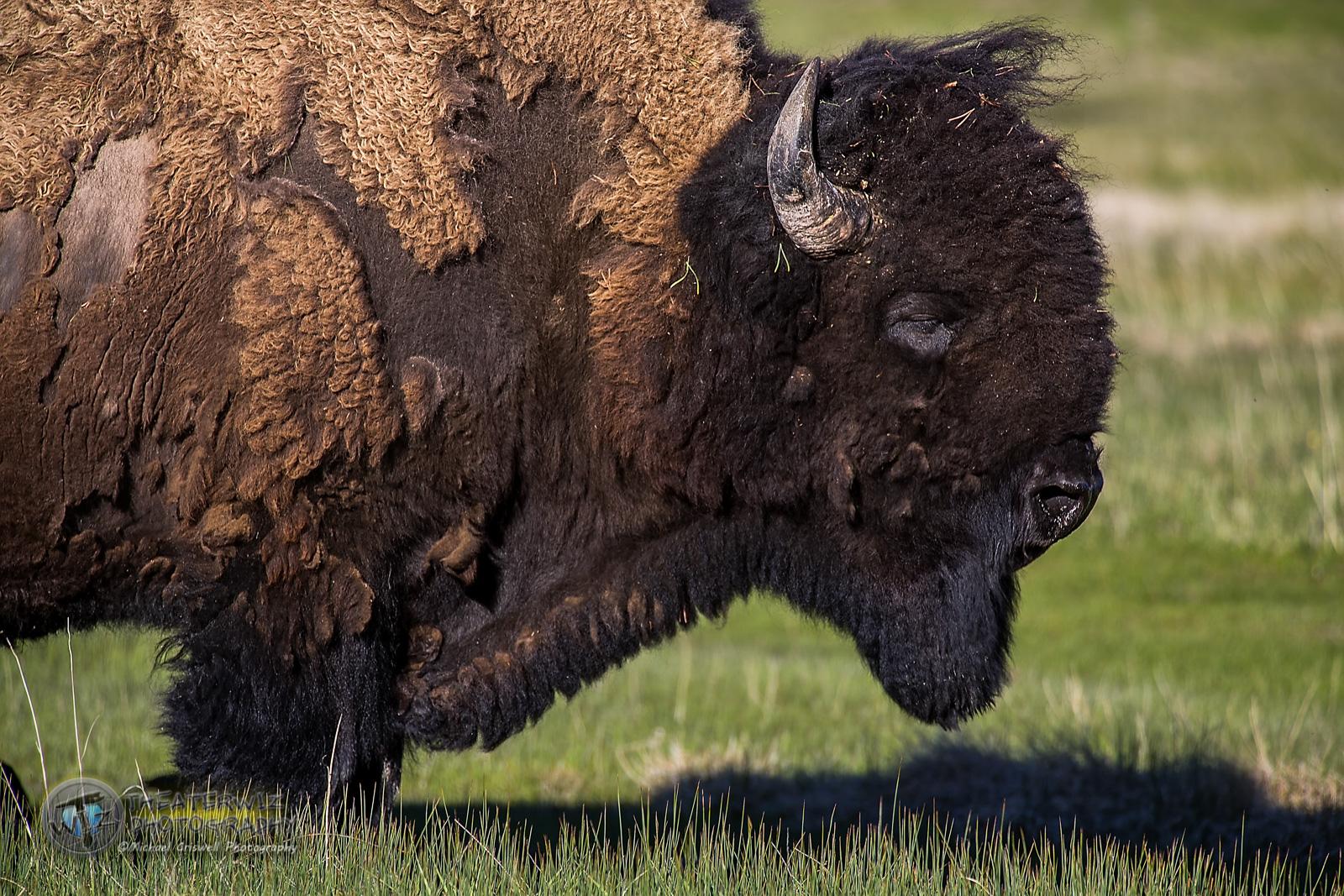