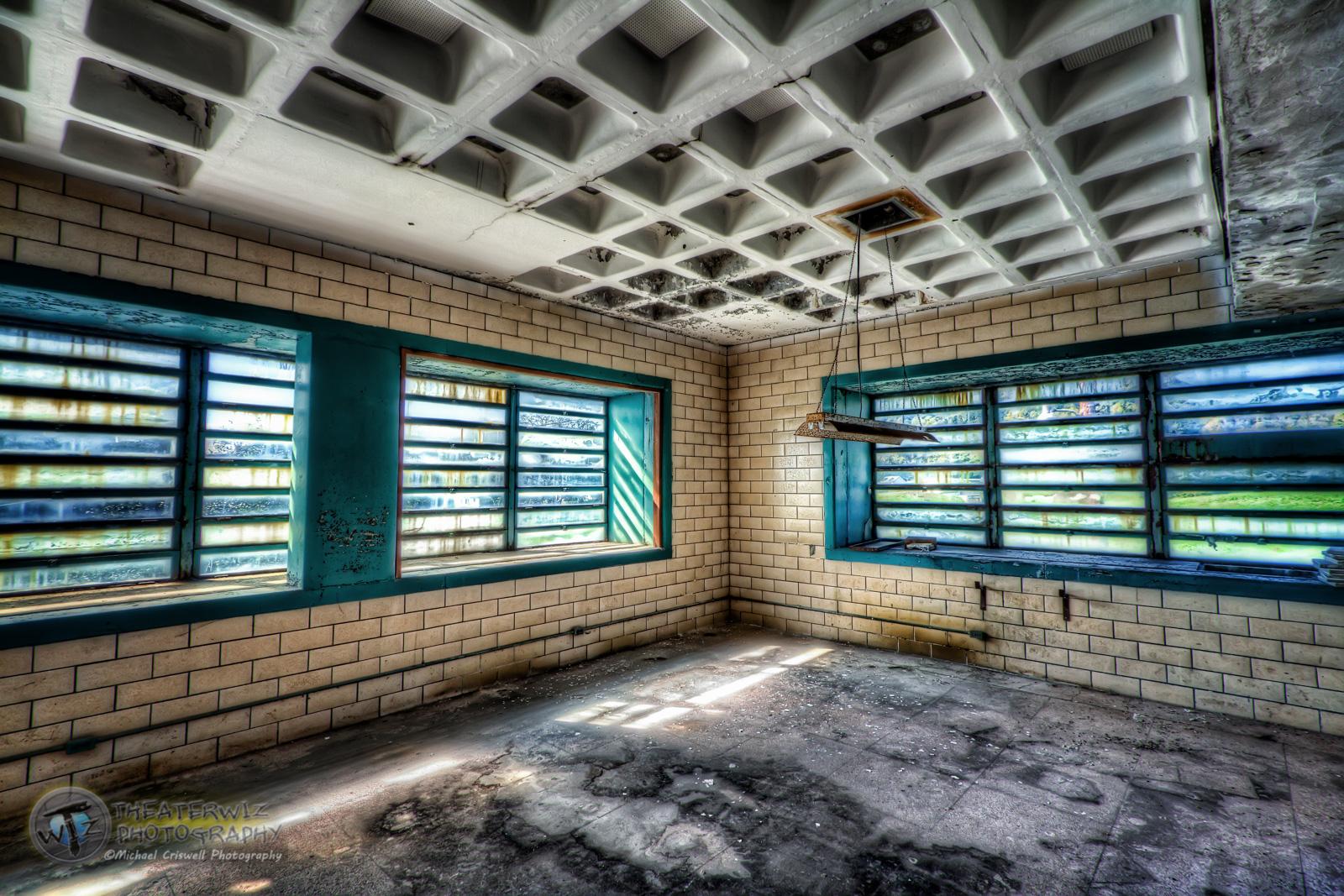 Happy Friday, I thought it was time to pull out something crazy from the archives. This is a shot from a private photo tour in 2011 of the Trans Allegheny Lunatic Asylum, the former Weston State Hospital, Weston West Virginia.

-The hospital’s main building is one of the largest hand-cut stone masonry buildings in the United States, The Weston Hospital Main Building, was designated a National Historic Landmark in 1990

Allot of bad things happened in this building over the years, especially in the years of overcrowding in the 1950’s. This was a shot from one of the many outbuildings at the complex, only accessible on the private photo tours. This is a creepy building, to say the least. Just looking at the scene, the weird colored slotted windows, stains on the walls and floors, one hanging light in the corner.  Something tells me it would not be a good room to be backed into the corner when this complex was in operation.

Have a Great Weekend, thanks for stopping!