The famous and Iconic Austin City Limits building and the nearby Willie Nelson Statue in downtown Austin. ACL is the longest-running music program in television history, the only television show to have been awarded the Presidential Medal of the Arts, and was recently recognized by Time magazine as one of the 10 most influential music programs of all time. It’s a show that’s presented a huge variety of musical styles and genres, hosting everyone from Willie Nelson to BB King to Foo Fighters and a show that’s been enshrined as a Rock & Roll Landmark in the Rock & Roll Hall of Fame and Museum. The pilot was shot on October 17, 1974, and starred Willie Nelson, who was not yet the iconographic American music figure he would become.

Another structure downtown along the river is the Fannie Davis Gazebo with Dave Wilson in the background, the Gazebo offers a spot to relax along the river. In the shot below someone unofficially designated the Gazebo as the Wille Nelson Designated Cannabis recreation area. 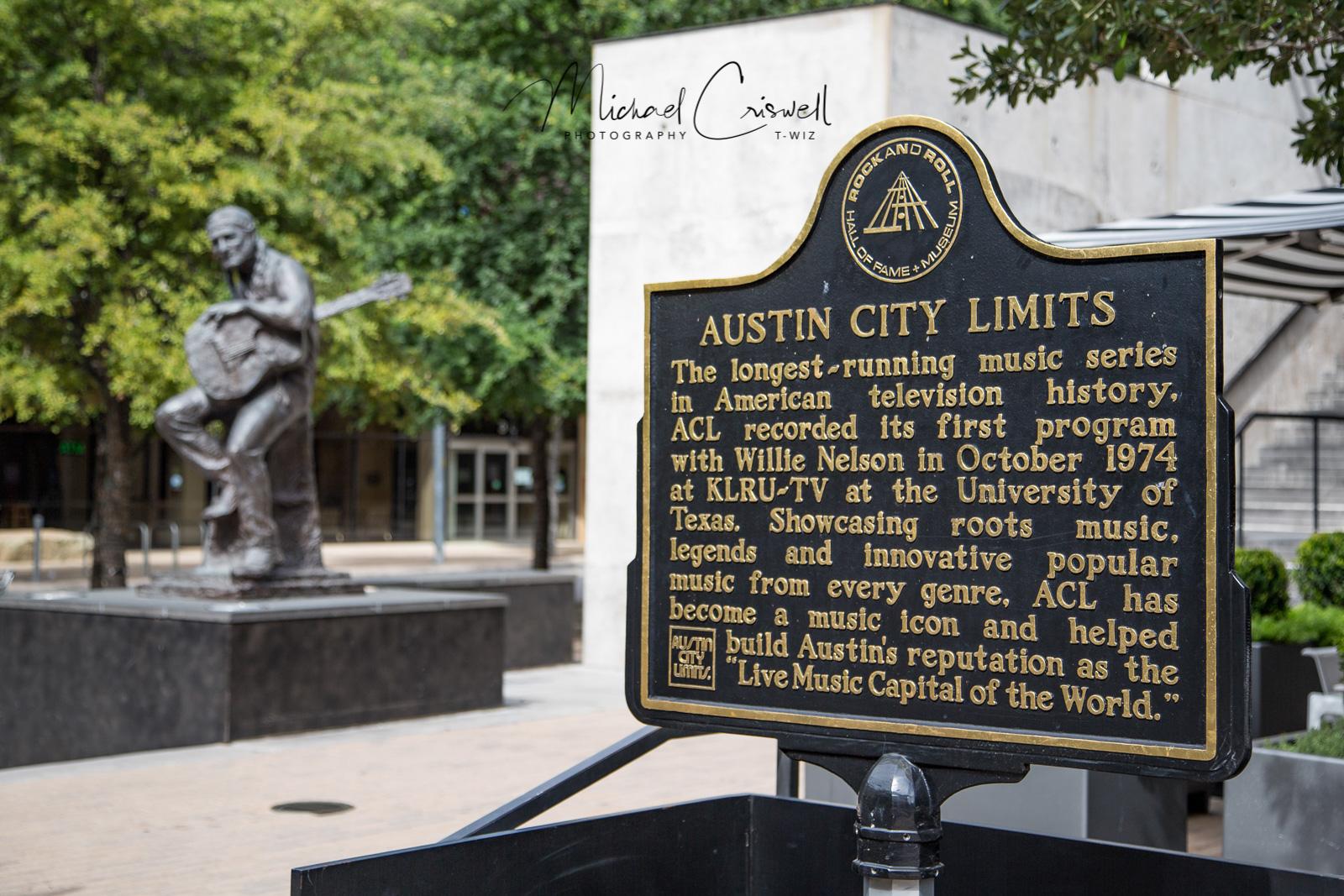