One of the things I wanted to experience on my return trip to Autin was to check out the famous Austin Bats that live under Congress Ave. bridge, the Ann W. Richards Congress Avenue Bridge to be exact, one of the busiest roads in Austin. Underneath the bridge lives the largest urban bat colony in North America, Mexican Free-tailed Bats. When they emerge in the evening during “bat season,” it’s like a cloud flying toward the east.

The bats migrate back to Austin from Mexico during the gestational period in April–May, the mother bats are very hungry so there are a lot of good nights to catch the 750,000 bats exiting. They all give birth in the same 2-week window in early June, which causes them to leave later in the night and lowers our chance to see them. In late July/early August, the nursing period is ending and the babies start flying on their own. This is considered “peak season,” since the entire population of over 1.5 million flies out to hunt.

The bats came out pretty late the night we were there, probably due to the nursing season, but once they started it was a sight. They actually did not exit the bridge as everyone had hoped, they started flying out under the bridge then headed upwards towards the South side of the bridge and on their way to happy bug hunting but I still got some shots of them regardless. I could imagine how cool peak season would be when you see more bats flying than practically the whole population of Austin.

The Allure of Driftwood Beach

End of the Line 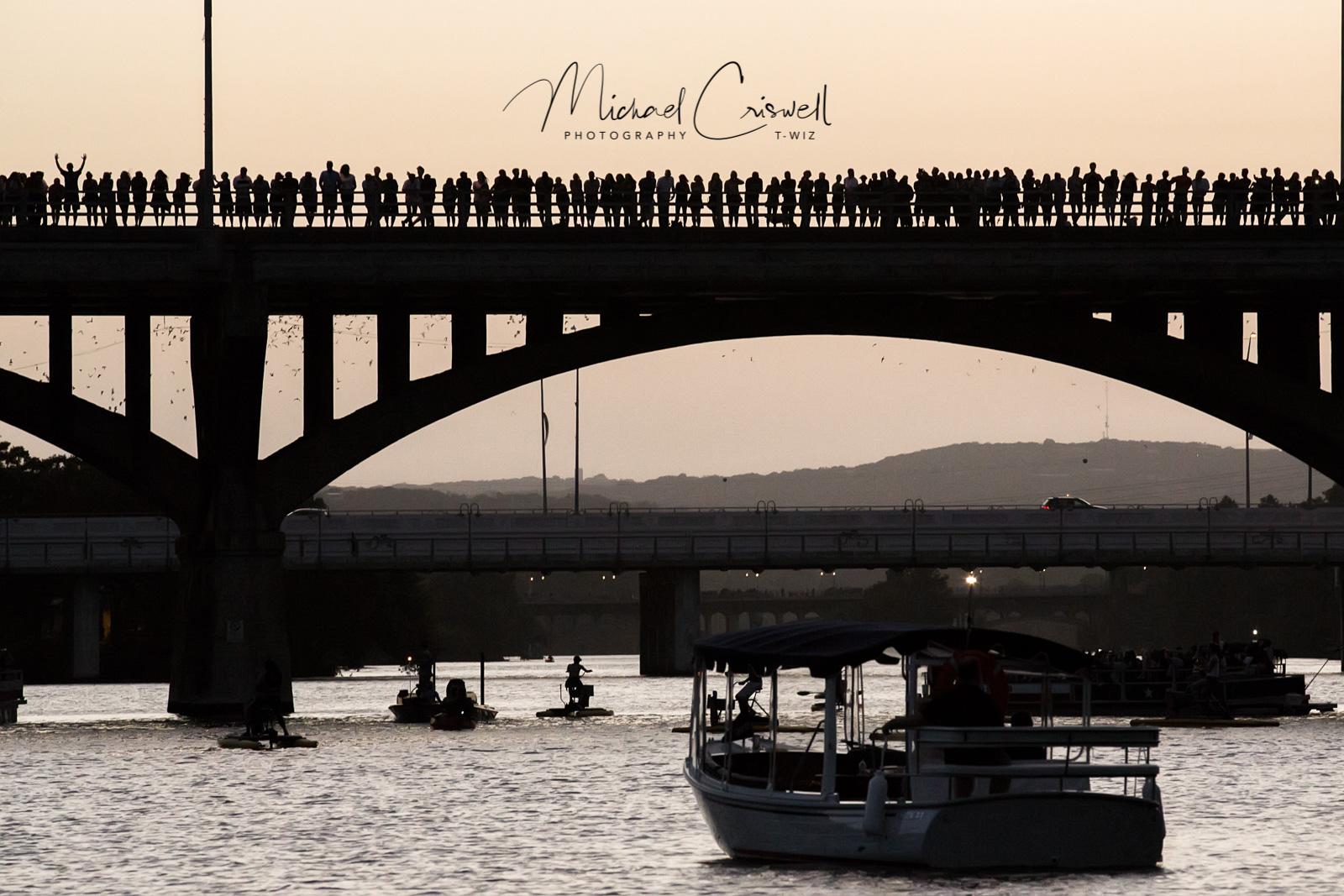